Hundreds of lecturers of unpopular courses stare at empty lecture halls after 2018 KCSE candidates snubbed their programmes. According to official figures released yesterday by the Kenya Universities and Colleges Placement Service, 98 programmes offered by at least 40 universities did not get any placement. Although there were applicants, no student was selected to pursue the courses since they either did not qualify or were placed to one of their other choices. At least nine degree programmes could not attract any applicant at all in what could spell doom to the courses. This puts jobs of hundreds of lecturers teaching the affected courses at risk of redundancy should the trend recur in the coming years. Kisii University leads with 12 unpopular courses followed by the University of Embu with programmes, Jaramogi Oginga Odinga and Karatina University have five unwanted courses each.

Even more surprising is that 38 per cent of these courses are in fields related to Kenya's economic backbone - agriculture. This further paints a grim picture in the realisation of food security which is one of the four pillars of President Uhuru Kenyatta's Big Four agenda. Top among the courses are Bachelor of Science in Biochemistry, Bachelor of Science Agribusiness, Bachelor of Science Horticulture and Bachelor of Science Environmental Science. At African Nazarene University Bachelor of Theology did not attract even one applicant while Cooperative University had its Bachelor of Social Work and Community Development snubbed. It was the same trend in Kirinyaga University where students never applied for the Bachelor of Technology in Mechanical Ventilation and Air Conditioning. Official government placement statistics released yesterday show that 77 of these programme are science-related. The situation prompted Education CS Prof George Magoha to call for a review of the courses universities offer. He warned university vice chancellors against introducing new programmes which are irrelevant to the economy. "I ask the CUE and individual universities to keep reviewing their curricula to make their programmes more responsive to the changing needs of the country," he said at the Catholic University of Eastern Africa. Magoha said, “We have allowed our intellectual capabilities to go to sleep because of other people and we cannot blame those people because they do not know what a university is; we are the ones who know. Why are universities introducing some very funny and irrelevant courses which only attract two to five students? We cannot continue like this and I want to put it clear that when you come to me asking for funding, I will first ask you to show me what you have done." The Commission for University Education in February proposed that academic programmes that fail to attract students to be scrapped after four years.

CUE also proposed that it verifies all the available resources for each academic programme within six months, and only accredit the courses once the university has met the requirements. In addition, a university will be required to demonstrate that all students enrolled into various academic programmes get the requisite instruction hours. 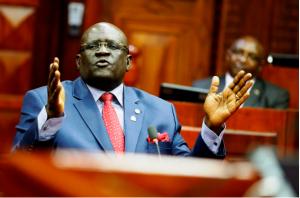 Read More
Written by LEWIS NYAUNDI,
Source link: https://www.the-star.co.ke/news/2019-04-16-alarm-as-2018-kcse-candidates-snub-98-university-courses/ | https://www.the-star.co.ke/news/2019-04-16-alarm-as-2018-kcse-candidates-snub-98-university-courses/
Previous Next
Upnext in
Disclaimer UniAgents does not author any news or content in this section. We aggregate News Headlines, Summary, and Content from over 700 sources, explicitly listed in every article/page. Users can visit the sources for full articles and more local news. The sole aim is to aggregate education news from around the world so they can be categorised and the user can have a personalised experience. In some cases, the original article has news in native language but listing on UniAgents for each article is done in English. There are no copyright infringements, as we do not claim to produce any content mentioned on this page, all relevant sources are mentioned. For any clarifications, do not hesitate to contact us.