Go Back to the List February 19, 2019
Plan to double international student numbers gets funding

Israel’s Council for Higher Education (CHE) has approved a ILS435 million (US$120 million) multi-year budget for its plan to more than double the number of international students studying in Israel.

According to a spokesman for the CHE, this is the first time that such a big effort has been made to open up Israeli higher education to international students.

Professor Yaffa Zilbershats, chair of CHE’s Planning and Budgeting Committee, said: “The CHE is committed to turning Israel into a magnet for outstanding students from countries around the world. Significantly increasing the budget will permit many more international students to be accepted into Israeli institutions.

“Similarly, we will encourage Israeli students to enrol in overseas study and internship programmes and thus encourage reciprocal relationships which will greatly enrich the academic quality in Israel and enhance Israel's international reputation.”

As part of the multi-year programme, approximately ILS100 million was allocated for international development in institutions of higher education and ILS100 million for post-doctoral fellowships. The Planning and Budgeting Committee is currently working on additional international programmes that will be submitted soon for approval.

International students currently make up 1.4% of students studying in Israel, a share that is significantly lower than the average in other OECD countries, which is approximately 9%.

The CHE acknowledged that the perceived security situation might deter some students from studying in Israel but said the main obstacle was the language barrier, given that most courses in Israeli universities are only offered in Hebrew. There are also political obstacles such as visas and work permits for spouses, which hinder the ability to open the gates of these institutions to international students.

In order to increase the numbers of international students, many of the institutions plan to make changes to their infrastructure and programmes to better attract and accommodate outstanding students from around the world.

The budget will be used to strengthen and incentivise the institutions to implement these changes as well as for a number of scholarship programmes for exceptional international students and post-doctoral researchers.

The CHE says it is working with the relevant ministries to remove many of the bureaucratic obstacles that make studying in Israel difficult for international students.

In its statement, CHE said: “Opening Israeli universities and colleges to more international students is not just important from an academic standpoint but also from a political stance, as Israel builds diplomatic ties with foreign countries and enhances the special relationship with diaspora Jewry.

“The upcoming changes will enable thousands of additional students to study in Israel and help turn Israel into a beacon of academia.”

“The State of Israel’s essence and definition as a Jewish state and its migration and education laws do not accord with the internationalisation trends, and in many ways even work in opposition by placing greater emphasis on the local and ethnic at the expense of the global and international,” she warned.

But she added that “nonetheless, as a democratic, modern and competitive state, Israel is required to educate generations of youngsters with global skills that are greater than merely a command of languages and technology, but that also include a commitment to global values that encourage human rights, protection of the environment and recognition of the other.”

The political context of Israel’s continuing occupation of Palestinian territory adds another layer of complexity and sensitivity to any attempts at forging international partnerships and has led to repeated international calls for an academic boycott and bans on internationalisation by some countries.

There is a particular concern about forging links with Ariel University, the only Israeli higher education institution established in occupied Palestinian territory, in an Israeli settlement built on the West Bank in breach of international humanitarian law.

Yemini, is one of four co-authors, along with Annette Bamberger, Paul Morris and Yaniv Weinreb, of a recently published paper on this topic in the International Journal of Educational Development – “Hyperpoliticised internationalisation in a pariah university: An Israeli institution in the occupied West Bank” – which concludes that Ariel University’s drive to internationalise is based on “a desire for legitimisation (and therefore continued expansion) by the Administration” but on academic motives by the researchers.

At the time Zilbershats, a specialist in international, human rights and constitutional law, said the aim was to attract top talent from North America, Europe and the Far East.

“The focus is primarily on research students and masters students but also on undergraduates,” she said. 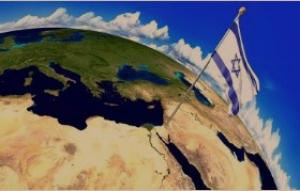 Read More
Written by Brendan Oâ€™Malley,
Source link: https://www.universityworldnews.com/post.php?story=20190219142237937
Previous Next
Upnext in
Disclaimer UniAgents does not author any news or content in this section. We aggregate News Headlines, Summary, and Content from over 700 sources, explicitly listed in every article/page. Users can visit the sources for full articles and more local news. The sole aim is to aggregate education news from around the world so they can be categorised and the user can have a personalised experience. In some cases, the original article has news in native language but listing on UniAgents for each article is done in English. There are no copyright infringements, as we do not claim to produce any content mentioned on this page, all relevant sources are mentioned. For any clarifications, do not hesitate to contact us.