Go Back to the List April 06, 2019
The Massachusetts Institute of Technology (MIT) to re-evaluate ties with China, Saudi Arabia, Russia

The Massachusetts Institute of Technology (MIT) on 3 March said it would scrutinise more intensely research collaborations with Chinese, Saudi and Russian universities and academics.

[This is an article from The Chronicle of Higher Education, America’s leading higher education publication. It is presented here under an agreement with University World News.]

Leaders of research at MIT also said the private university would not accept new engagements or renew existing ones with the Chinese telecommunications companies Huawei and ZTE or their subsidiaries. It’s the latest step by a United States research university to re-evaluate its research projects with China. The relationships have been subject to sharp scrutiny from US government agencies and lawmakers. Institutions including Cornell University and Ohio State University have announced that they would not accept additional grants from Huawei.
The US government has accused that company of stealing trade secrets, and officials have warned of its ability to spy on US communications networks. US President Donald Trump last year signed legislation that forbids executive agencies from using Huawei and ZTE products.
MIT’s decision also follows criticism of its partnerships with Saudi Arabia, in response to which the university's president, L Rafael Reif, condemned the kingdom's human rights abuses.

In an open letter to the campus this year, Reif stopped short of saying MIT should cut ties with the kingdom. In the fiscal year just past, Saudi government entities and universities sponsored about US$7.2 million in research at MIT, supporting 48 principal investigators.New level of review
Under its new policy, MIT will give these projects a level of review that goes beyond what research partnerships currently receive.

It "is designed to enable MIT to engage with the world effectively, with responsible management of risks and in keeping with the values of our community," Richard K Lester, the associate provost, and Maria T Zuber, vice president for research, wrote in a letter to their colleagues.
Three types of projects will be subject to the higher review: those funded by people or entities from China, Russia and Saudi Arabia; those involving MIT faculty or staff members or students doing work in those countries; and collaborations with people or entities from those countries.

If the associate provost determines that there is still “significant risk” after other groups evaluate a project’s budget and proposal, a group of top administrators and the university’s general counsel will look at the project plan. That group will either give the project a plan to manage risk or “decide that the project cannot proceed”, the letter said. The list of countries included in the new review process is subject to change, the university said. MIT will “revisit” collaborations with Huawei and ZTE “as circumstances dictate”. 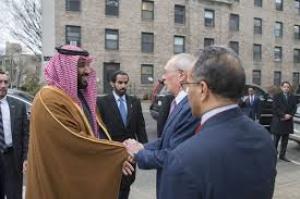 Read More
Written by Lindsay Ellis,
Source link: https://www.universityworldnews.com/post.php?story=20190405154055672
Previous Next
Upnext in
Disclaimer UniAgents does not author any news or content in this section. We aggregate News Headlines, Summary, and Content from over 700 sources, explicitly listed in every article/page. Users can visit the sources for full articles and more local news. The sole aim is to aggregate education news from around the world so they can be categorised and the user can have a personalised experience. In some cases, the original article has news in native language but listing on UniAgents for each article is done in English. There are no copyright infringements, as we do not claim to produce any content mentioned on this page, all relevant sources are mentioned. For any clarifications, do not hesitate to contact us.