Malta has seen a decrease of 4 per cent year-on-year in the number of foreign students studying English at its licensed English Language Teaching (ELT) schools.

Though there was a slight decrease in the total number of foreign students coming to Malta for studying the English language, Maltese ELTs saw an increase in the number of non-EU students from the previous year.

In each of Russia, Brazil and Japan’s case, the student numbers were an increase from the 2018 figures, when they accounted for 5,396, 4,360 and 3,508 ELT students in Malta respectively.

According to StudyTravel Network, this can be attributed to the Maltese government introducing working rights for non-EU English Language students.

Together, students from these countries made up 44.2% of the total number of students who came to Malta to pursue English Language studies.

In 2019, 70.3% of the ELT student population attended the ‘General English: Standard’ course while 15.9% chose the ‘Intensive English’ course. 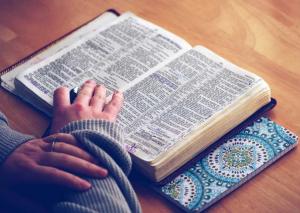 Read More
Written by Zahra Hamdani,
Source link: https://www.globaleducationtimes.org/news/europe/malta-sees-4-drop-in-foreign-students-studying-english/1275/ | https://www.globaleducationtimes.org/news/europe/malta-sees-4-drop-in-foreign-students-studying-english/1275/
Previous Next
Upnext in
Disclaimer UniAgents does not author any news or content in this section. We aggregate News Headlines, Summary, and Content from over 700 sources, explicitly listed in every article/page. Users can visit the sources for full articles and more local news. The sole aim is to aggregate education news from around the world so they can be categorised and the user can have a personalised experience. In some cases, the original article has news in native language but listing on UniAgents for each article is done in English. There are no copyright infringements, as we do not claim to produce any content mentioned on this page, all relevant sources are mentioned. For any clarifications, do not hesitate to contact us.