Kenya’s beleaguered public universities have been told to further tighten their belts after being slapped with a US$10 million budget cut that will worsen their cash woes, in austerity measures that are meant to avert a looming economic crisis. Last week, Kenya’s parliament voted to reduce funding for spending on salaries, learning materials and infrastructure as part of the government’s bid to stem public expenditure. This is expected to intensify the financial crisis facing state-funded institutions over the past year, which has seen job cuts, frozen posts and spending cut on key activities such as research. Parliament warned that the cuts would leave universities in a precarious financial situation at a time when the institutions have been pushing for higher state subsidies. “The reduction of funds under the university education programme may result in the accumulation of pending bills,” said the National Assembly Budget Committee. Budget request shortfall For the 2018-19 fiscal year, the national treasury allocated US$1.03 billion to institutions of higher learning, up from US$961 million the previous year. However, the amount is US$300 million lower than the funds the universities requested. A deputy vice-chancellor of a public university, who declined to be named for fear of reprisals, said: “This calls for massive job cuts and again we can no longer afford to hire new staff. We are appealing to the government to consider supporting the universities to continue running their operations. It’s no longer tenable … It has reached crisis level.” Education Cabinet Secretary Amina Mohamed, however, told universities to tighten their belts and rationalise their operations. At a graduation ceremony last month, she said: “Universities must address the ratio of technical staff to support staff at institutions,” adding that the number of support staff was too high. “We are encouraging and supporting rationalisation to guarantee the sustainability of institutional operations.” Eleven universities declared insolvent The situation at public universities is expected to worsen, with some already running huge budget deficits and others having become insolvent. A 2016 report by the Commission for University Education showed that they were operating with at least US$100 million in budget deficits arising from poor financial management. In a February 2017 assessment of public universities, the country’s auditor general listed 11 as insolvent – the University of Nairobi, Masinde Muliro University of Science and Technology, Multimedia University of Kenya, Murang’a University of Technology, University of Embu, Pwani University, the University of Eldoret, Jomo Kenyatta University of Agriculture and Technology, Technical University of Kenya, Laikipia University and Machakos University College. Responding to the cuts, Dan Ngugi, a part-time lecturer based at the University of Nairobi, said: “We are concerned about the sustainability of most universities, given the current state of financial challenges and more so with the budget cuts. It’s possible that some might find it hard to stay afloat as currently constituted and this might call for a rethink of the business model.” Government wants to raise US$130 million The budget cuts are meant to help the government raise at least US$130 million, which is needed to put the government spending plan back on track after revenues that were lower than expected left the state with a massive fiscal crisis. Kenya has also slapped consumers with a new 8% tax on petroleum products to bridge the deficit, exacerbated by a colossal US$870 million debt financing obligation. Borrowing had taken place to fund infrastructure projects such as railways, highways and airports. Revenues have not kept pace, necessitating budget cuts and new taxes. Economists have warned that Kenya risks defaulting on its debt obligations in the absence of a significant increase in revenues supported by budget cuts. 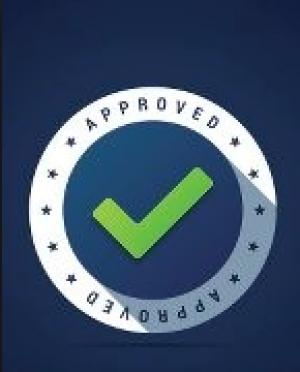 Read More
Written by Gilbert Nganga,
Source link: http://www.universityworldnews.com/article.php?story=20181003101950546 | https://www.google.co.in/search?q=University+cash+crisis+worsens+as+state+cuts+budgets&rlz=1C1CHBD_enIN817IN817&source=lnms&tbm=isch&sa=X&ved=0ahUKEwjE1Jbu14LeAhVMULwKHcXeC6YQ_AUIDygC&biw=1360&bih=657#imgrc=XFXcDRkX4Lt49M:
Previous Next
Upnext in
Disclaimer UniAgents does not author any news or content in this section. We aggregate News Headlines, Summary, and Content from over 700 sources, explicitly listed in every article/page. Users can visit the sources for full articles and more local news. The sole aim is to aggregate education news from around the world so they can be categorised and the user can have a personalised experience. In some cases, the original article has news in native language but listing on UniAgents for each article is done in English. There are no copyright infringements, as we do not claim to produce any content mentioned on this page, all relevant sources are mentioned. For any clarifications, do not hesitate to contact us.