Go Back to the List May 27, 2021
Higher education institutions in Canada can now share cybersecurity threats internationally

The Canadian Shared Security Operations Centre (CanSSOC), announced on March 25, that they will be partnering with cybersecurity agencies in the U.S., U.K. and Australia, to address the vulnerability of higher education institutions to cyberattacks and share data on cybersecurity.

“What we are going to do is share specific threats that we are seeing, as real-time as possible, across the research and education sectors in our respective countries,” says Issac Straley, chief information security officer at both CanSSOC and the University of Toronto. “We’re talking about... active information related to attacks, such as IP address information, files, or other indicators that would allow an institution to better detect that they have or have had an incident happen.”

“Being a part of CanSSOC provides an added layer of risk mitigation for all post-secondary institutions in receiving early alerts and being able toâ€‹ swiftly respond to increasing cybersecurity incidents,” says Jennifer Burns, Associate Vice-President, Information Technology and Chief Information Officer at the University of British Columbia in a statement to CTV.

This new partnership will see collaboration between CanSSOC, OmniSOC and the Research and Education Networks Information Sharing and Analysis Centre in the U.S, Jisc in the U.K. and AARNet in Australia.

Similar to the threat feed pilot project, this partnership will allow international cybersecurity organizations to curate, filter and share their cybersecurity data, all while protecting the identity of the institutions involved.

Straley says that this cybersecurity effort is important, as higher education institutions, such as universities, colleges and polytechnics, are especially vulnerable to cyber attacks.

“It’s a challenging space,” Straley says. “We do so many things in higher education. The social landscape is quite complex, teaching and learning, we have information about people, our students, our staff, our donors. And we also have intellectual property that we are generating.”

Straley says cybersecurity threats can be split into three categories: general attacks that average internet-users may experience, attacks from criminal organizations, including things like ransom or exploitation for money, or nation-state attacks, such as espionage.

“If we look across the sector, individual institutions may have different levels of engagement or different concerns but across our sector we are concerned with all three of those,” says Straley.

The COVID-19 pandemic has also made the issue of cybersecurity especially difficult, as the shift to online learning has forced more people online and made institutions more vulnerable to cyberattacks. 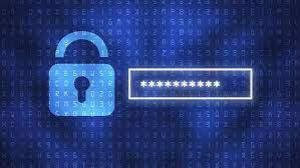 Read More
Written by Rinna Diamantakos,
Source link: https://www.ctvnews.ca/sci-tech/higher-education-institutions-in-canada-can-now-share-cybersecurity-threats-internationally-1.5446087
Previous Next
Upnext in
Disclaimer UniAgents does not author any news or content in this section. We aggregate News Headlines, Summary, and Content from over 700 sources, explicitly listed in every article/page. Users can visit the sources for full articles and more local news. The sole aim is to aggregate education news from around the world so they can be categorised and the user can have a personalised experience. In some cases, the original article has news in native language but listing on UniAgents for each article is done in English. There are no copyright infringements, as we do not claim to produce any content mentioned on this page, all relevant sources are mentioned. For any clarifications, do not hesitate to contact us.