Go Back to the List May 27, 2021
IRCC provides more clarity on eligibility criteria for six new immigration pathways

On May 26, IRCC released new program guidelines that offer more clarity on the eligibility criteria for its six new permanent residence programs.

The English-speaking International Graduate stream reached its quota of 40,000 applications after one day. However, Immigration Minister Marco Mendicino has stated IRCC is open to exploring adjusting the quotas under the various streams.

The three French-speaking streams have a much lower uptake, although this is expected due to the smaller francophone population in Canada and also because they are not subject to quotas; applicants have until November 6 to make their submissions to IRCC.

The program guidelines issued on IRCC’s website on May 26 are meant to help IRCC staff assess applications submitted under the six PR streams.

The guidelines state that applicants must meet all of the following criteria to be approved under any of the six streams:

Legal entry into Canada and status as a temporary resident

IRCC notes that all applicants must be residing in Canada with valid temporary resident status and must be physically present in Canada when the application for permanent residence is received and when IRCC approves the application. Those who do not have temporary resident status in Canada, such as refugee claimants, are not eligible under the six PR streams.

Essential workers need to demonstrate they have obtained a Canadian Language Benchmark score of at least 4 on a language test that is designated by IRCC. International graduates need a score of at least 5. Test options are:

Applicants must be working to be eligible for the streams. IRCC notes the current employment must:

IRCC notes the definition of “currently employed” is the date the application is submitted to IRCC. Applicants do not need to remain employed throughout the processing of the application and their work at the time of their application can be full-time or part-time.

When determining whether an applicant was an employee or self-employed, IRCC officers will consider factors such as:

Intent to reside outside of Quebec

The six programs are available to applicants who intend to reside anywhere in Canada outside the province of Quebec. IRCC staff are instructed to inform an applicant of their concerns if they are not convinced the applicant intends to reside outside of Quebec. 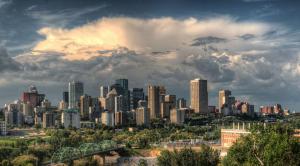 Read More
Written by Kareem El-Assal,
Source link: https://www.cicnews.com/2021/05/ircc-provides-more-clarity-on-eligibility-criteria-for-six-new-immigration-pathways-0518205.html#gs.1xh389
Previous Next
Upnext in
Disclaimer UniAgents does not author any news or content in this section. We aggregate News Headlines, Summary, and Content from over 700 sources, explicitly listed in every article/page. Users can visit the sources for full articles and more local news. The sole aim is to aggregate education news from around the world so they can be categorised and the user can have a personalised experience. In some cases, the original article has news in native language but listing on UniAgents for each article is done in English. There are no copyright infringements, as we do not claim to produce any content mentioned on this page, all relevant sources are mentioned. For any clarifications, do not hesitate to contact us.