Go Back to the List April 29, 2020
More Colleges Are Waiving SAT and ACT Requirements

With high school disrupted, a growing number of schools — including Harvard and Cornell — are waiving standardized testing requirements for 2021 applicants.

They are a rite of passage as well as anxiety-inducing letters for millions of students: the SAT and ACT.

But with many high schools closed or teaching remotely for the rest of the academic year, a growing number of colleges and universities are waiving standardized test requirements amid the coronavirus pandemic.

At least two Ivy League schools adjusted their policies for applicants. On April 22, Cornell University suspended its testing requirements, saying in a statement that “due to this extraordinary circumstance,” students could submit applications without ACT or SAT exam results starting in August 2021.

“We can’t pre-define in absolute, comprehensive terms what economic or personal disruptions will look like,” the statement added. “We don’t plan to require any students to justify their reasons for not submitting test results.”

And Harvard College recently told applying high school juniors that they would not face penalties if they were unable to submit SAT subject test results and Advanced Placement test scores.

“We know that there are fewer opportunities to take the SAT or ACT given the cancellations to date,” Harvard said in a statement. “You will not be disadvantaged in any way if you do not submit subject tests.”

Two other Ivy League schools, Princeton and the University of Pennsylvania, do not require students take SAT tests for admission. In a recent message to potential applicants, Princeton’s dean of admission, Karen Richardson said, “while our policy has long been that SAT subject tests are recommended but not required, now seems the appropriate time to reiterate that applicants who do not submit subject tests will not be disadvantaged in our process.” She added, “SAT or ACT test scores are only one part of our holistic review.”

So far, Dartmouth College, Yale and Brown University still require them, as do Stanford and highly selective colleges on the West Coast. But many of the schools that compete with those big names are moving ahead to make the tests optional.

More than two dozen — from highly selective liberal arts colleges like Williams and Amherst, both in Massachusetts, to California’s public universities — announced this spring that the tests would be optional for applicants seeking to enroll in 2021. Some even went further than that.

The easing of test requirements comes as education reform groups have criticized the SAT and ACT, which they contend give wealthier students an advantage because their families can afford expensive prep exams and coaches. The nonprofit National Center for Fair and Open Testing keeps a growing list of hundreds of higher education institutions already moving away from requiring the tests.

Williams College, which U.S. News & World Report ranked as the top national liberal arts college in its annual guide this year, took the step last week and said it was waiving the requirement for both first-year and transfer applicants.

“This is an unprecedented moment for students and colleges alike and it calls for a change to the usual way of doing things,” Liz Creighton, the dean of admission and financial aid at Williams, said in a statement on April 6.

The same day that Williams made the exams optional, so did its rival, Amherst.

“If future test dates are not available in students’ local areas or if students are worried about how to test in a socially distant manner, we do not want them to feel pressure to put themselves in situations that are not in their best interest,” Matt McGann, the dean of admission and financial aid at Amherst, said in a statement. “And we wanted to provide clarity and ease anxiety as soon as we could.”

The College Board, which administers the SAT, and the ACT did not immediately respond to requests for comment on Tuesday night.

In the Boston area, Tufts, Northeastern and Boston University have all adopted an optional-testing policy.

Both Vassar and Pomona Colleges have waived standardized tests in their admission requirement. Davidson College in North Carolina, Haverford College in Pennsylvania and Rhodes College in Tennessee will move to optional testing for three years as part of a pilot program and then re-evaluate their testing requirements.

The University of California system announced on March 31 that it was suspending the standardized test requirement for first-year applicants in the fall 2021 admission cycle.

In Washington State, where the outbreak struck early, the University of Washington took similar steps. The University of Oregon, Oregon State University and Scripps College in Southern California all recently announced that they would no longer require standardized tests.

Texas Christian University and Trinity University in San Antonio made testing optional for next year’s applicants, with Trinity adopting the policy for a three-year period.

Both Tulane University in New Orleans and Case Western Reserve University in Cleveland have waived the testing requirement for next year’s applicants. 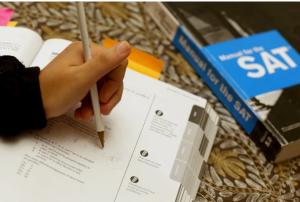 Read More
Written by Neil Vigdor and Johnny Diaz,
Source link: https://www.nytimes.com/article/sat-act-test-optional-colleges-coronavirus.html | https://www.nytimes.com/article/sat-act-test-optional-colleges-coronavirus.html
Previous Next
Upnext in
Disclaimer UniAgents does not author any news or content in this section. We aggregate News Headlines, Summary, and Content from over 700 sources, explicitly listed in every article/page. Users can visit the sources for full articles and more local news. The sole aim is to aggregate education news from around the world so they can be categorised and the user can have a personalised experience. In some cases, the original article has news in native language but listing on UniAgents for each article is done in English. There are no copyright infringements, as we do not claim to produce any content mentioned on this page, all relevant sources are mentioned. For any clarifications, do not hesitate to contact us.