Go Back to the List January 24, 2019
Minister seeks cultural change on student mobility

For some months now, Norway’s Minister of Research and Higher Education Iselin Nybø has been insisting that international student mobility – both outbound and inbound – must be expanded significantly, and in October she sent out a detailed letter asking universities and other stakeholders for their comments on the issue by December.

Her officials are currently busy analysing responses to a nationwide consultation of stakeholders on international student mobility – with a view to drawing up a White Paper for parliament to consider later this year.

Nybø sent out a four-page letter with the consultation questionnaire stating that she has high ambitions for higher education institutions to strengthen their strategic work to improve quality, and that increased internationalisation is one instrument for this.

“The overarching goal is to achieve a cultural change,” Nybø wrote, “so that student mobility to an even greater degree than today is an integrated part of studies” and that it works to increase quality in higher education.

She listed five factors required for achieving such a cultural change:

• International student mobility has to be an integrated part of the strategic work at higher education institutions.

• International student mobility has to be grounded in institutional collaboration with institutions abroad and must include both education and research.

• The regulations and financing opportunities should not be a hindrance.

• Institutional leadership, academic and administrative staff and students all have to contribute towards the cultural changes needed.

• The labour market, including the private sector, has to value and demand international competence achieved by students.

Based on these factors Nybø asked higher education institutions to provide information on their ambition for cultural change; outgoing student mobility; incoming student mobility; strategic cooperation with institutions abroad; national actions taken and how the regulations for studies abroad and the national regulations for funding have to be improved; more flexible academic recognition; increased connection with employability; and in particular how to heighten the value of international experiences for the working life.

She also asked for examples of good practice in all these areas.

Fifty-nine institutions and associations responded, providing comments, some up to 20 pages long, providing the ministry with extensive information to inform the drafting of the White Paper.

The government has published the letter sent out and the comments received on a webpage.

The National Union of Students in Norway (NSO) said a Eurostudent investigation demonstrated that economic factors are the main barrier for students not going on exchanges abroad. The union is demanding that 70% of tuition fees incurred by Norwegian students abroad should be given as a grant.

It also says more should be done to attract foreign students in Norway. This included taking into account that Norway has very high living costs compared to many countries and easing applications by establishing a nationally coordinated system for admission of international students to masters degree programmes at universities and university colleges in place of the current system which requires students to apply individually to each institution.

Hanna Flood, president of the Association of Norwegian Students Abroad (ANSA), told University World News she agreed that to make studying abroad a realistic option for everyone, the financial support had to be stronger than it is today.

“We see reorganisation of the loan scheme as an important contribution to this – both increasing the percentage given as a stipend and making the loan scheme easier to comprehend.”

She said another important aspect of international student mobility is good exchange programmes, both in upper secondary school and university, and these need to be more accessible with less bureaucracy involved than there is today. ANSA advocates an opt-out model for student exchange, making internationalisation a natural part of education.

“It is also important to stress that students who have studied abroad need to know that the knowledge they have acquired is wanted and needed, for it to be seen as a benefit to have travelled abroad,” she said.

Akademikerne, the Federation of Norwegian Professional Associations, with 200,000 members, raised the issue of the recognition of degrees earned abroad, citing that psychologists, for example, can be authorised after three years of higher education in Greece but it takes 11 years in Hungary. Thus, Norwegians who have studied abroad may find applying for authorisation to work in Norway challenging in some fields.

“The growth in incoming mobility has been stronger for Norway than in many other countries. The balance between incoming and outgoing mobility is a question that should be addressed in the parliament White Paper,” the research council said.

In 2017 a record 581 non-Norwegian citizens were taking doctoral degrees in Norway. The proportion of doctoral students who are foreign citizens has risen from 10% in the 1990s to almost 40% in 2017.

“An important factor in this is the Norwegian arrangement for salaried doctoral education. We now need to look closer at the positive and negative aspects of this system,” the Research Council of Norway said.

Professor Ole Petter Ottersen, former rector of the University of Oslo (UiO), now rector at the Karolinska Institute in Stockholm, Sweden, speaking from his own perspective rather than that of UiO, said it was “unfortunate” that the desire for quality was driving mobility towards “our ‘equals’ – universities that are comfortably placed in the top division of international ranking lists”.

“The different perspectives which internationalisation will bring into teaching and research are important to raise quality. Even though I agree that quality has to be the overarching motive for increasing internationalisation, you have to consider more deeply how this will be achieved.

“The quality does not increase if an institution adds a parallel class of only Russian or Chinese students in a masters course; it is the diversity of mixed student backgrounds that brings about new perspectives. In my report to the Swedish government I have, alongside quality, put forward sustainable development, nationally and internationally, as the overarching objective for internationalisation.” 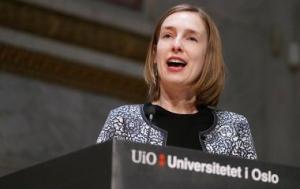 Read More
Written by Jan Petter Myklebust,
Source link: www.universityworldnews.com/post.php?story=20190124090006295
Previous Next
Upnext in
Disclaimer UniAgents does not author any news or content in this section. We aggregate News Headlines, Summary, and Content from over 700 sources, explicitly listed in every article/page. Users can visit the sources for full articles and more local news. The sole aim is to aggregate education news from around the world so they can be categorised and the user can have a personalised experience. In some cases, the original article has news in native language but listing on UniAgents for each article is done in English. There are no copyright infringements, as we do not claim to produce any content mentioned on this page, all relevant sources are mentioned. For any clarifications, do not hesitate to contact us.