Go Back to the List April 08, 2019
Govt to Share Academic Data in English to Lift Studentsâ€™ Chances Overseas

The government plans to establish a national information center (NIC) to create a database of Japanese universities and students’ academic credentials in English for overseas universities and companies to access within 2019, it has been learned.
At present, overseas universities individually make inquiries about Japanese student applicants, such as to confirm the universities they graduated from and their qualifications. By integrating such data, the government aims to make it easier for overseas universities and companies to obtain information about Japanese universities and related issues with the aim of encouraging them to accept more Japanese students, according to sources.Students completing undergraduate or postgraduate courses in Japan are given bachelor’s, master’s or doctoral degrees. In addition, there are other academic qualifications, such as “tanki-daigakushi” associate degrees, given to those graduating from junior colleges, and “jun-gakushi” associate titles which are awarded to those graduating from specialized vocational high schools. It can be difficult for overseas entities to ascertain what those qualifications, as well as some others, mean from their names.

The sources said the government will open an NIC within 2019 that will collectively deal with such inquiries from overseas universities and companies. The NIC will create a database to provide in English the names of domestic higher education institutions, academic degrees and other matters and their respective systems to answer universities’ and companies’ inquiries, according to the sources. One of the benefits to Japanese students is that it will help them communicate their attractiveness to overseas universities and companies. The Education, Culture, Sports, Science and Technology Ministry is considering where to set up the NIC’s secretariat.
UNESCO has been setting up NICs in various countries in each of six designated global regions, and NICs in countries of the same region share information about universities and other matters. In the Asia-Pacific region, five countries — Japan, China, South Korea, Australia and New Zealand — have announced intentions to participate in the project.
In the European region, NICs have been established in 52 countries, including European Union member states, and it is possible to make inquiries with NICs in the Asia-Pacific region and vice versa. In the United States, professional organizations exist that rate credentials of international students. NICs are eyeing the possibility of sharing information with such organizations. 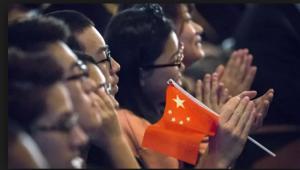 Read More
Written by The Yomiuri Shimbun,
Source link: http://the-japan-news.com/news/article/0005660785 | https://www.google.com/search?q=Govt+to+share+academic+data+in+English+to+lift+students%E2%80%99+chances+overseas&rlz=1C1CHBD_enIN817IN817&source=lnms&tbm=isch&sa=X&ved=0ahUKEwixy6ishtnhAhUr6nMBHTylClEQ_AUIDygC&cshid=1555570190044593&biw=1360&bih=657#imgr
Previous Next
Upnext in
Disclaimer UniAgents does not author any news or content in this section. We aggregate News Headlines, Summary, and Content from over 700 sources, explicitly listed in every article/page. Users can visit the sources for full articles and more local news. The sole aim is to aggregate education news from around the world so they can be categorised and the user can have a personalised experience. In some cases, the original article has news in native language but listing on UniAgents for each article is done in English. There are no copyright infringements, as we do not claim to produce any content mentioned on this page, all relevant sources are mentioned. For any clarifications, do not hesitate to contact us.