Go Back to the List June 05, 2021
Vice-chancellors call for borders to reopen â€“ now

University leaders want Australia’s borders to be reopened now. They fear that the borders will remain shut to international students until mid-2022, posing serious challenges to universities and their students. The federal government’s decision to close the borders has slashed university incomes from student fees.

The federal government imposed a ban on foreign students entering Australia at the onset of the worldwide coronavirus outbreak, which Australia had not been exposed to.

Then, last month, Australian officials announced that the country remained unlikely to fully reopen its borders before mid-2022 because of the pandemic. The announcement sparked instant opposition from many quarters, including higher education.

“Universities Australia conservatively estimates at least another AU$2 billion will be lost this year against 2019 actual operating revenues. With assumptions around borders being shut until mid-2022 now baked into the budget, the picture for universities will get worse,” she said.

Universities, however, welcomed a plan that would allow international students from ‘low-risk countries’ to study in Australia ahead of borders being opened.

The latest official figures show that only 79,000 international students began higher education courses in Australia during the first two months of 2021 compared with 127,000 during the same period in 2020.

International students pay as much as AU$45,000 a year to study in Australia. Multiplied by the 48,000 fewer students this year, gets the income loss for universities to more than AU$2 billion.

This figure does not include living costs, which further boosts the economic benefits of foreign students. It has been calculated that their parents, who usually meet the costs of international students, outlay as much as AU$200,000 over a three-year degree on tuition fees and living costs.

English language colleges, which many foreign students attend initially, to improve their language skills before going on to university, have been hardest hit. Their enrolments are down 69% year-on-year, according to recent government data.

Universities haven’t suffered quite so much – yet. They are facing a 36% decline in overseas student numbers.

The vocational education sector has lost only 9% of foreign commencing students compared to last year. A senior member of the sector said the international students who remain onshore are desperate to keep their student visas, and have been dropping into inexpensive vocational education courses as a way of meeting their Australian visa requirements.

Catriona Jackson said there would also be significant flow-on effects for Australia’s research capacity as well as for jobs inside and outside universities.

Australia’s university sector could not sustain such losses without serious damage to national productivity and the country’s knowledge base, she said in the recent Universities Australia statement.

Academics argue that university research and development will be critical in the short term to deal with the COVID-19 pandemic, as well as to build a prosperous and competitive economy in future.

Universities Australia welcomed the plan that would allow the safe return of more international students sooner than mid-2022, saying this was urgently needed. Jackson said students from ‘low-risk countries’ would be able to enrol and undertake courses.

“Universities are pleased to see that the federal budget assumptions include small pilot programmes for international students commencing in late 2021, gradually increasing from 2022. These pilots will provide a useful proof of concept for a larger-scale return of international students.”

Universities Australia also called on governments across all jurisdictions and universities to collaboratively “develop a robust plan for the safe return of international students”.

The boost was an acknowledgement of the centrality of research to national recovery while also saving academic jobs and research capacity, she said. The sector would continue to work with the government on long-term plans for research sustainability.

“Universities are where the next generation of workers will learn their skills, whether in aged-care or mental health or violence prevention, and make life better for all Australians, whatever their background or circumstances.”

Other measures announced in the federal budget relevant to higher education, Universities Australia said, include AU$1.1 million over two years from 2020-21 to create new employment pathways for students and to boost financial incentives for universities to enrol students in ‘industry PhDs’.

A further AU$42 million has been allocated over the next seven years to establish a “boosting the next generation of women in science, technology, engineering and mathematics programme” by co-funding scholarships for women in partnership with industry.

Additional postgraduate scholarships will also be made available for Aboriginal and Torres Strait nurses and allied health professionals to undertake formal aged-care and dementia-care qualifications. 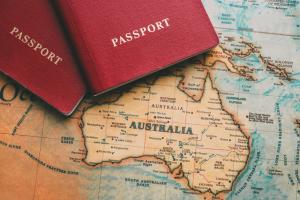 Read More
Written by Geoff Maslen,
Source link: https://www.universityworldnews.com/post.php?story=20210604091145433
Previous Next
Upnext in
Disclaimer UniAgents does not author any news or content in this section. We aggregate News Headlines, Summary, and Content from over 700 sources, explicitly listed in every article/page. Users can visit the sources for full articles and more local news. The sole aim is to aggregate education news from around the world so they can be categorised and the user can have a personalised experience. In some cases, the original article has news in native language but listing on UniAgents for each article is done in English. There are no copyright infringements, as we do not claim to produce any content mentioned on this page, all relevant sources are mentioned. For any clarifications, do not hesitate to contact us.