Go Back to the List October 26, 2018
An ethical approach to commissions-based recruitment

The agent issue in the United States is reminiscent of those trick candles that delight children and some adults who are children at heart. You blow them out and they continue to ignite themselves – like magic! – using a fuse similar to those used in dynamite sticks.

Compared with their counterparts in Australia and the United Kingdom, US universities are relative latecomers to the wild and woolly world of commissions-based international student recruitment. In recent years steps have been undertaken to professionalise practice in the United States and equip institutions with the tools they need to engage recruitment agents responsibly.

But while those efforts represent progress, they clearly haven’t assuaged everyone’s concerns about the well-being of students who are, or should be after all, front and centre for those of us involved in educational advising and international student recruitment.

Last year, the Middle States Commission on Higher Education (MSCHE) rekindled the controversy surrounding the use of agents in a very public fashion. The regional accreditor released a draft policy that sought to stipulate that MSCHE-accredited institutions would be prohibited from paying incentive compensation for the recruitment of any student, domestic and international student alike.

Following a period of public comment, MSCHE agreed to conduct additional research, including a legal review of the draft policy, before taking further action.

As it turns out, MSCHE quietly decided to follow federal regulations that prohibit incentive compensation for the recruitment of domestic students but allow it when it comes to "foreign students residing in foreign countries who are not eligible" for Title IV student financial assistance. In other words, the commission backed down, essentially caving in to the demands of commission-based international student recruitment supporters.

MSCHE’s decision to permit the institutions in its purview to continue using per-capita commissions for the recruitment of international students parallels the road chosen by the National Association for College Admission Counseling (NACAC) in 2013.

After a period of extensive deliberation, the association concluded that “while NACAC should continue to be very cognisant of the potential effects of commissioned recruiting, it should also address the changing trends in international recruitment and lift the ban in favour of a best practice stance”.

The fatal flaw in current practice

Moreover, most agents represent many partner schools, each of which can pay varied commission amounts. Remuneration can be as little as a few hundred dollars, or many thousands. And so the brute economic logic is that opportunistic commissions often drive advice to students. (Many agents also ‘double dip’, piggybacking off of this approach by also charging a fee to parents.)

Bonus incentives are also common. A rhetorical question to consider: Agent A has a contract with University B that promises US$1,000 per referral for the first nine students thus enrolled in an academic year, but US$1,500 per enrolment of student numbers 10 through 20. Will prospective student #10 receive the same integrity of advice as student #9? The unfortunate answer is clear.

Indeed, instead of customers as queen or king whose goals are paramount, students and their parents, the key decision-makers, are treated as pawns in a mostly predetermined and opaque process over which they have little control and in which profit frequently trumps a commitment to serving their best interests.

This is a dilemma that advocates of agency-based recruitment have yet to resolve. The blithe assumption is that concerns about unethical business practices are being adequately addressed, despite widespread evidence to the contrary.

In the spirit of ‘it takes two to tango’, it’s important to point out that there are educational institutions, albeit a small minority, that are not discerning about which education agents they work with as long as their agents produce. For them it’s all about ‘showing them the students’.

Since such agents recruit students in a way that puts partner schools’ interests first, students are not always well-informed about the admitting institution and therefore not always pleased with what they discover once enrolled. This can result in lacklustre student retention figures and negative word-of-mouth, which reflect poorly on both the school and the agent.

Those institutional officials who choose to work with unethical education agents are hardly better than their partners in crime.

Need for a new way

Those who have attempted to address the vexing problems associated with commissioned recruitment deserve credit for professionalising practice, mitigating risk and adding a dose of transparency to an activity so often shrouded in secrecy. But efforts thus far have simultaneously served to normalise commissioned recruitment and stifle further discussion, which raises the obvious question: Is that a good thing for students? We don’t believe it is.

Educational consulting company Capstone Vietnam implemented an approach that clearly recognises students and parents as the primary clients in the educational advising process. Advisers do not pressure students to attend partner schools simply because they pay a per head commission. Rather, they create a list of best-fit schools based on student and parent interests, goals, preferences and budget. If a student ends up attending a commission-paying partner school, the advising fee is refunded to the parents. If s/he attends a non-partner institution, the company retains the advising fee.

While this approach makes sense from an ethical and financial perspective, are there other agency-based recruitment models that also do a good, and perhaps even better, job of ensuring that students and their families are well served by better aligning their interests with those of agents?

Imagine a scenario where, instead of an agency netting different commission payouts based on which school or programme a student enrols in – the prevailing, ethically fraught industry standard – the agency commits to earning a fixed, predetermined amount of money, regardless of which institution the student attends.

Let’s say for example that amount is US$1,000 for assisting a student who wishes to attend a US community college. The agency explains to students, families and prospective partner colleges alike that US$1,000 is their set fee for helping a student apply and enrol. The student will pay the agency a US$1,000 advising fee if they end up attending a community college that isn’t one of the agency’s partners, according to the Capstone model.

On the other hand, if the student enrols at one of the agency's partner community colleges and that partner’s standard commission is US$1,000, then the agency receives their US$1,000 payment directly from the college. In this case, the family receives a refund of the fee they’ve already paid.

Of course, this is an oversimplification. It’s the nature of international student recruitment for institutions and agencies alike to seek competitive advantage. Schools routinely pay more, or less, than US$1,000 per student enrolment. They and their agency partners require autonomy with respect to commissions decisions. With this model, they still have it.

Community colleges that wish to pay, say, US$1,500 per enrolment can do so, but here’s the rub: the agency will retain their set US$1,000 fee, and the excess US$500 is given to the student. The same logic applies no matter the amount above US$1,000.

Conversely, if the college pays less than US$1,000, the student pays the difference. For example: the college pays US$600 per enrolment, in which case the family pays US$400 as a service fee. Think of this scenario as ethical double dipping.

This model eliminates the financial secrecy inherent in commissioned recruitment as it’s practised today because the agency’s earnings for helping a given student are transparent. It also eliminates the incentive for agents to steer students to poor fit environments on the basis of profitable hidden commission payments, the fundamental flaw with current practice. The agency earns the same amount no matter where the student enrols.

It also preserves an institution’s autonomy to incentivise outcomes to the extent they wish. Except, instead of the agent pocketing an entire commission payout, any additional financial benefit accrues directly to students. Think of this as akin to the widespread practice of tuition discounting, often packaged as merit scholarships.

We don’t presume this model is immune to criticism. As the saying goes, the devil is in the detail. Established agencies may resist change to the status quo because the tradition of secret, variable commissions has proven so lucrative for them.

Others will point out that it can take considerably more time to assist a student with a graduate school application than it does for short-term ESL (English as a Second language) study, for example, so charging a uniform fee across the board may not be practical.

But such problems and the fees to be charged can be solved by experimentation in the marketplace. What agencies might sacrifice in this shift toward greater transparency may well be compensated with an increase in business. After all, it stands to reason that families will gravitate towards agencies committed to fair practice and who also help them obtain a tuition discount as a bonus.

Meanwhile, institutions that support this approach can recruit fairly, transparently and without the burden of reputational taint that dogs traditional commissioned recruitment, of which the MSCHE news is only the latest – and surely not the last – reminder. The ideal end result is a triple-win for students and parents, educational institutions and education agents. 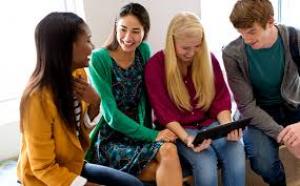 Read More
Written by Mark A Ashwill and Eddie West,
Source link: http://www.universityworldnews.com/article.php?story=20181023153107599
Previous Next
Upnext in
Disclaimer UniAgents does not author any news or content in this section. We aggregate News Headlines, Summary, and Content from over 700 sources, explicitly listed in every article/page. Users can visit the sources for full articles and more local news. The sole aim is to aggregate education news from around the world so they can be categorised and the user can have a personalised experience. In some cases, the original article has news in native language but listing on UniAgents for each article is done in English. There are no copyright infringements, as we do not claim to produce any content mentioned on this page, all relevant sources are mentioned. For any clarifications, do not hesitate to contact us.