Go Back to the List October 17, 2018
US admissions directors concerned about international enrolment

An annual survey of senior US college admissions staff finds continuing pressure on both domestic and international enrolments at many institutions.

The 2018 Survey of College and University Admissions Directors was commissioned by Inside Higher Ed and conducted by Gallup via an online survey over July and August 2018. Just under four in ten responding colleges (38%) reported that they had met their admissions targets by the traditional milestone date of 1 May. Only 54% indicated that they had met their admissions goals a month later (as of 1 June), meaning that a significant percentage of US institutions were still working to fill their classes for the 2018/19 academic year over the summer months.

The study highlights as well an ongoing challenge around international enrolments for many US colleges and universities. Following a reported 7% decline in international commencements in 2017, nearly six in ten admissions directors (57%) now say they are concerned about maintaining international student numbers at current levels.

“Further,” adds the report, “74% of admissions directors agree — including 52% who strongly agree — that the policies and rhetoric of the Trump administration have made it more difficult to recruit international students.”

Looking ahead, admissions leaders indicate that their institutions are considering a number of strategies to try and maintain or build international enrolments.

Six in ten (57%) expect to place an increasing emphasis on pathway programmes in the years ahead.
Another 42% of respondents said that they may need to increase spending on international scholarships in the future.
And nearly four in ten (39%) either agreed or strongly agreed that “The current challenges in international recruitment make me more open to using commission-paid agents in recruiting.”
This last point stands out as the landscape with respect to usage of education agents has been changing quickly in the US over the last several years.

In 2013, the National Association for College Admission Counselling (NACAC) removed a long-standing prohibition on the use of commission-based agencies for international recruitment. This development has contributed to a steady increase in agent usage in the years since, with NACAC reporting that as of 2017, roughly 39% of US colleges and universities say that they use commissioned agents. This is up from the 30% who indicated they worked with agents in 2010.

The 2017 NACAC Admission Trend Survey indicates as well that a further 24% of US institutional were “actively considering engaging agents.”

Along with the extent of agent engagement, the guidelines governing agent-educator relationships in the US have also advanced in recent years with both NACAC and AIRC (the American International Recruitment Council) publishing extensive best practice guidance on working with commission-based education agents. 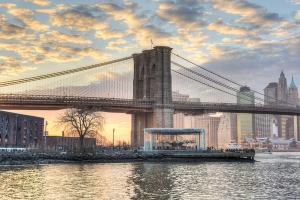 Read More
Written by Icef Monitor,
Source link: http://monitor.icef.com/2018/10/us-admissions-directors-concerned-international-enrolment/
Previous Next
Upnext in
Disclaimer UniAgents does not author any news or content in this section. We aggregate News Headlines, Summary, and Content from over 700 sources, explicitly listed in every article/page. Users can visit the sources for full articles and more local news. The sole aim is to aggregate education news from around the world so they can be categorised and the user can have a personalised experience. In some cases, the original article has news in native language but listing on UniAgents for each article is done in English. There are no copyright infringements, as we do not claim to produce any content mentioned on this page, all relevant sources are mentioned. For any clarifications, do not hesitate to contact us.