Go Back to the List November 09, 2018
Future still uncertain for Saudi students in Canada

Canada-Saudi relations are currently at an all-time low and students are caught in the battle.

On 3 August 2018 Global Affairs Canada, the federal government department in charge of diplomacy and international trade, sent a tweet urging the Saudi Arabian government to release activists who are currently detained for their work advocating for civic and women’s rights.

Since the majority of Saudi students are supported by scholarships from their own government, this ultimatum was taken seriously and many students are still in flux, transferring their enrolment to other nations. Ultimately, this situation reveals how vulnerable international students can be in the midst of diplomatic tension.

International scholars from Saudi Arabia have become very important to many Anglophone nations over the past decade as the King Abdullah Scholarship Program pays for thousands to complete degrees abroad.

The King Abdullah Scholarship Program began in 2005 and provided 3,000 students with funds to study abroad, mainly in the United States. Over the next 10 years, the programme grew dramatically, peaking at just less than 60,000 students worldwide in the 2014-15 academic year.

Of these students, more than 90% are funded by the King Abdullah Scholarship Program and the remainder pay for their own studies or receive funds from their employers to study in Canada.

Saudi students have been enrolled in a wide range of programmes across all institutional types in Canada. Diplomas, undergraduate and graduate degrees, short-term English-language courses and specialised medical residencies all host Saudi students funded by the scholarship programme.

The extensive nature of the scholarship programme, and its tight control by the Saudi government, have caused minor friction at Canadian universities in the past.

In 2015, a new mandate from the Saudi government limited the institutions at which students could enrol and required outgoing university students to enrol mainly in the top 200 universities in the world (according to the Shanghai rankings). The mandate was developed for students in the public sector who were guaranteed jobs in the Saudi Arabian government when they graduated.

For Canada, this mandate threatened to remove Saudi students from universities in Canada’s Atlantic provinces that do not appear in the top rankings.

While relying on revenue from international students has always raised questions about sustainability, Saudi’s scholarship programme is unique. Few other countries provide such comprehensive funding for their students and thus maintain such tight control over their destination, programmes and movements.

In this case, the fate of students is closely linked to diplomatic relations and any rift between nations puts their studies at risk.

Where are students going?

The students caught in the Canada-Saudi skirmish have faced different outcomes. Without question, undergraduate students found themselves in the most difficult position with the large majority being forced to leave Canada.

Most also wish to complete their degrees and are currently attempting to transfer to institutions in the US, the United Kingdom, Australia or New Zealand where their scholarship will continue. Sources suggest Australia is considered preferable by students because the schedule of the academic year allows them to transfer with the least lost time.

For a small number of undergraduates, those who were within a year of completing their degree, a reprieve was granted. These students were allowed to stay and finish their studies with scholarship support.

A more concerning challenge faced a small minority of undergraduates who did not want to leave Canada and faced two stark options: pay for their tuition themselves or apply for asylum. As of early September, approximately 20 students had chosen the latter. However, this choice is one from which students cannot turn back and represents a serious break with their home nation.

The alternative, paying for their own tuition, is not something most students can afford. Even for those who have the means to stay, many worry this too will be considered an affront to the government.

The diplomatic conflict between Canada and Saudi shows how vulnerable students can be when their funding is tied to political ends and countries are not getting along. For the Saudi students and Canadian institutions, this case has been a no-win situation, and one we hope will be resolved soon. 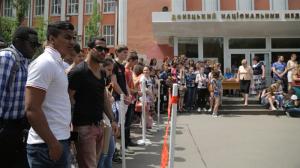 Read More
Written by Grace Karram Stephenson,
Source link: http://www.universityworldnews.com/article.php?story=20181107072128708
Previous Next
Upnext in
Disclaimer UniAgents does not author any news or content in this section. We aggregate News Headlines, Summary, and Content from over 700 sources, explicitly listed in every article/page. Users can visit the sources for full articles and more local news. The sole aim is to aggregate education news from around the world so they can be categorised and the user can have a personalised experience. In some cases, the original article has news in native language but listing on UniAgents for each article is done in English. There are no copyright infringements, as we do not claim to produce any content mentioned on this page, all relevant sources are mentioned. For any clarifications, do not hesitate to contact us.