Go Back to the List August 19, 2020
New Zealand 'risks being left behind' if international students can't return

Australia will run a pilot programme to allow international students back into the country to prop up struggling universities, but New Zealand institutions will have to wait.

Prime Minister Jacinda Ardern told Newstalk ZB on Wednesday the focus was on returning New Zealanders now, and international students would be given consideration in the New Year.

“We've said previously that we haven't ruled out a system in the future where we manage potentially international students even if they are in separate bespoke quarantine facilities.

“Our focus should be on doing that in a new academic year rather than this one, given the work it would need to go into doing that properly.”

Universities New Zealand chief executive Chris Whelan said Australia was following in the footsteps of places like Canada and the United Kingdom by bringing international students back.
New Zealand risked being left behind if students could not return by early next year, and it could take 10 years for the international student sector, which is worth $5 billion to the economy annually, to get back on track.

He believed the Australian programme could work in New Zealand.

“They can do this without any cost to the Australian taxpayer for quarantine or flights, so the students and the universities themselves are paying. We think it is a great model.”

There has been some criticism of the programme from expat Australians about the impact it could have on their return to the country, in particular the possible cost on flights.

Currently, there are 5000 students overseas who are studying towards New Zealand degrees, some of whom needed access to facilities in New Zealand to complete their degrees.

New Zealand Union of Students’ Associations president Isabella Lenihan-Ikin said that while she felt for students who were unable to come to New Zealand this year, the focus should be on supporting those students who had arrived and were now facing the three-month summer break without being able to return home. 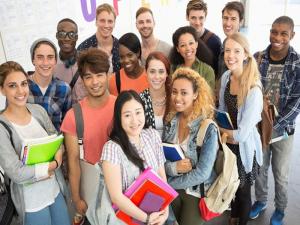 Read More
Written by Laura Wiltshire,
Source link: https://www.stuff.co.nz/national/health/coronavirus/122493206/coronavirus-new-zealand-risks-being-left-behind-if-international-students-cant-return
Previous Next
Upnext in
Disclaimer UniAgents does not author any news or content in this section. We aggregate News Headlines, Summary, and Content from over 700 sources, explicitly listed in every article/page. Users can visit the sources for full articles and more local news. The sole aim is to aggregate education news from around the world so they can be categorised and the user can have a personalised experience. In some cases, the original article has news in native language but listing on UniAgents for each article is done in English. There are no copyright infringements, as we do not claim to produce any content mentioned on this page, all relevant sources are mentioned. For any clarifications, do not hesitate to contact us.