Go Back to the List June 18, 2021
South Australia gets green light to bring back international students

South Australia’s pilot plan to bring international students back to the state has been approved by the Australian federal government. State premier Steven Marshall confirmed the news in a press statement, adding that this makes South Australia the first state to have its pilot plan approved by the Commonwealth. International students will quarantine at facilities in Parafield Airport.

“International education is a significant part of South Australia’s economy, contributing over two billion Australian dollars in 2019, partly spent with our education providers such as schools and universities, and also providing a boost to our retail, hospitality and tourism sectors,” said Marshall.

“International students add so much to South Australia’s multicultural fabric along with the clear economic benefits for our CBD and our state overall, with every three students leading to the creation of one job — in 2019, almost 20,000 jobs were underpinned by international education, which is massive for our state.”

Marshall added that the health and safety of South Australians is their number one priority. “There is still more work to be done with the Commonwealth and education providers but it’s important to note that Professor Spurrier and her team at SA Health, along with South Australia Police, have been central to the formation of the plan, which meets all the necessary protocols required by the federal government,” he said.

Returning students to South Australia to quarantine at Parafield Airport

Marshall said that the plan will not impact returning Australians as it will be done outside the current caps, while institutions and students will bear the costs of flights and quarantine. Minister for Trade and Investment Stephen Patterson said this plan was the culmination of a great deal of work from industry stakeholders to deliver a safe and secure pathway for international students to return to South Australia.

“Industry has been key to this plan, and the South Australian community can be assured that expert advice from SA Health has informed the plan, in line with the same principles that has seen hundreds of seasonal workers arrive safely in South Australia,” said Patterson. “The Flight Training Adelaide site at Parafield has been approved for its ability to meet infection control as determined by SA Health, with the facility able to house 160 students who will complete their 14 days quarantine and undertake daily COVID-19 testing.”

One of the Commonwealth’s pre-conditions for when students arrive is that the state border must be open for domestic travel, noting the potential need for localised closures related to jurisdictionally defined COVID-19 hotspots.

“It demonstrates what is possible when health authorities, government, industry and our universities cooperate in achieving the safe return of students from low-risk nations – without taking spaces from Australians wanting to return from overseas. Historically, international students have played a significant role in the cultural and economic life of South Australia.”

Jackson said there are currently over 10,000 higher education students studying with South Australian institutions outside the country. “We want to welcome them back as quickly as possible so they can join their Australian classmates on campus. We hope to see more states and territories go down the same path as South Australia in the near future,” she said. 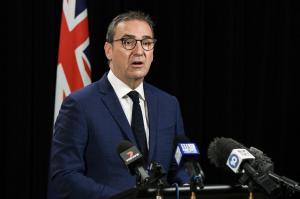 Read More
Written by STUDY INTERNATIONAL STAFF,
Source link: https://www.studyinternational.com/news/south-australia-approval/
Previous Next
Upnext in
Disclaimer UniAgents does not author any news or content in this section. We aggregate News Headlines, Summary, and Content from over 700 sources, explicitly listed in every article/page. Users can visit the sources for full articles and more local news. The sole aim is to aggregate education news from around the world so they can be categorised and the user can have a personalised experience. In some cases, the original article has news in native language but listing on UniAgents for each article is done in English. There are no copyright infringements, as we do not claim to produce any content mentioned on this page, all relevant sources are mentioned. For any clarifications, do not hesitate to contact us.