Go Back to the List October 24, 2018
US planning to introduce term limits on student visas

In a 17 October update to its published regulatory agenda, the US administration announced a plan to introduce “a maximum period of authorised stay, and options for extensions” for US student visas (and other nonimmigrant visa classes). This approach would in effect replace the long-standing practice of issuing student visas for the duration of studies (or “D/S”). D/S is in effect an open-ended period of time for which a student visa may be valid or be renewed so long as the student has not violated his or her visa conditions and so long as the student remains engaged in a programme of study or practical training.

The US government notice cites a concern over foreign students overstaying their visas as the rationale for the new policy: “The failure to provide certain categories of nonimmigrants with specific dates for their authorised periods of stay can cause confusion over how long they may lawfully remain in the United States and has complicated the efforts to reduce overstay rates for nonimmigrant students. The clarity created by date-certain admissions will help reduce the overstay rate.”

The policy notice provides no further detail with respect to the scale of this problem – that is, the number or proportion of visiting students who actually overstay their visas – nor does it indicate the types of limits on visa terms or extensions that may be introduced.

This is perhaps to be expected at this stage as the process of introducing any such new rules can be quite drawn out. Speaking to Inside Higher Ed earlier this month, Stephen Yale-Loehr, a professor of immigration law at Cornell University, provides a necessary caution for interpreting the 17 October policy statement: “Historically, there are lots of items on the semiannual regulatory agenda that never even make it into a proposed rule. If it happens, it’ll happen slowly. They’ll have to come out with a proposed rule and then ask for comments and then they have to look at those comments before they issue a final rule, and the final rule could be subject to challenge by the courts. No one needs to worry about this immediately.”

Even so, the announcement of this pending policy change – which the government notice indicates has a target implementation window of September 2019 – has drawn a quick reaction from US educators.

“For decades, international students and scholars have been granted immigration status known as ‘duration of status,’ or ‘D/S’ that lasts for the period of time they are engaging in their studies and practical training,” said NAFSA Deputy Executive Director for Public Policy Jill Welch. “They are carefully screened, vetted, and monitored through the US Department of Homeland Security’s Student and Exchange Visitor Information System. Maintaining [the D/S policy] is necessary because the time for study or research can fluctuate given the changing goals and actions of the student or scholar.”

She added, “As universities and colleges across the country work to welcome highly valued, hardworking international students and scholars to our campuses and communities, their efforts are being undermined by policies and regulations that further close our doors and pull up America’s welcome mat…International students and scholars create jobs, drive research, enrich our classrooms, strengthen national security, and are America’s best ambassadors and allies. If we lose our ability to compete for them globally, we lose jobs; we lose future foreign policy connections. The world will become less safe, and, the decisions of today will have lasting negative impacts on future generations of Americans. America can and must do better.”

The proposed move away from D/S visa terms occurs against a backdrop of other policy changes that appear to be aimed at tightening US regulations around student visas.

For example, the US administration is planning reforms to the key Optional Practical Training (OPT) and H-1B visa programmes, introduced restrictions on some Chinese student visas, and, most recently, published final guidance for a new, more stringent approach to determining how and when a visiting student begins to accrue “unlawful presence.” The significance of this, in part, is that any foreign students that are so classified can be subject to five-to–ten-year bans on re-entering the country.

And of course the other important piece of context here is that, after decades of nearly uninterrupted growth, international student numbers in the US declined marginally between 2017 and 2018. And as we observed in a recent related report, the US is effectively losing global market share as other major study destinations continue to grow their international enrolments at a faster rate. 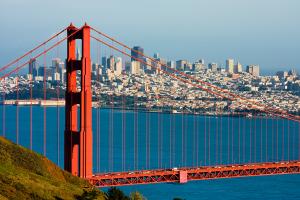 Read More
Written by Icef Monitor,
Source link: http://monitor.icef.com/2018/10/us-planning-introduce-term-limits-student-visas/
Previous Next
Upnext in
Disclaimer UniAgents does not author any news or content in this section. We aggregate News Headlines, Summary, and Content from over 700 sources, explicitly listed in every article/page. Users can visit the sources for full articles and more local news. The sole aim is to aggregate education news from around the world so they can be categorised and the user can have a personalised experience. In some cases, the original article has news in native language but listing on UniAgents for each article is done in English. There are no copyright infringements, as we do not claim to produce any content mentioned on this page, all relevant sources are mentioned. For any clarifications, do not hesitate to contact us.