Go Back to the List April 11, 2020
Internationalisation of Indian HE after COVID-19 crisis

There is no doubt that the current pandemic will affect (and has already affected) every aspect of our lives, including internationalisation of higher education. This is because the crisis is not national or regional in nature, but global.

At the moment we can only speculate on the potential outcomes. So, what could the implications for internationalisation of higher education in India be, considering the ‘pre-COVID’ scenario and predicted trends globally?

I would argue that the potential impact in any country will depend a lot on how elastic demand for international education services has been. In other words, if demand is relatively stable, internationalisation of higher education may be able to be sustained in the long term with some necessary internal transformations, but the core trends will remain in place.

These transformations could include an increased role for ‘internationalisation at home’, a special focus on global citizenship education and the growth of importance given to digital platforms and e-learning modes.

The latter might prove to be challenging in the Indian context, since the ability of universities across the country to access the latest technology is variable. Nonetheless, the Ministry of Human Resource Development in India has tried to ensure that students can continue their learning from home during the current crisis through the online digital education initiatives (SWAYAM) and about 50,000 people have accessed SWAYAM since 23 March 2020.

Other transformations might relate to curriculum content, for instance, an increased focus on disaster management. OP Jindal Global University set a good example in this regard by establishing a new School of Environment and Sustainability just days before the crisis broke. There is reason to believe that such subjects and related courses will be in even greater demand in the future and universities worldwide should be equipped to offer them.

The interconnection between the environment and internationalisation of higher education is also a big issue given the extensive use of long-haul international flights that foreign students used to take and their subsequent negative effect on the environment. In this sense, India could capitalise by projecting itself as a study destination for regional students, which would substantially reduce longer flights and the association with carbon emissions.

The recent figures, provided by the Ministry of Human Resource Development, show that the top 10 home countries of international students in India are Nepal, Afghanistan, Bangladesh, Sudan, Bhutan, Nigeria, the United States, Yemen, Sri Lanka and Iran. It is likely that such trends will continue as these students find opportunities in Indian higher education which are non-existent back home (some of these countries are, for instance, engulfed in their own internal divisions and military conflicts).

Most international students come from neighbouring countries, for instance, 26.8% come from Nepal. Just over 3% come from the US, with the vast majority enrolled on undergraduate programmes. Many come on a short-term basis and some are non-resident Indians who want to take up study opportunities in India.

In fact, my previous research in Kerala showed that 81% of respondents had come to India to pursue their studies because they were looking for an international experience, because scholarships were available and because they had limited study options in their home countries.

The same research revealed that 75% of international students who were interviewed had received scholarships from the Indian Council for Cultural Relations (ICCR) and that that was one of the main incentives for foreign students to come to India.

According to the latest ICCR statistics, in the academic year 2018-19, around 2,150 new international students were admitted to various universities in India. I was an ICCR scholarship recipient myself and experienced first-hand the remarkable role this body was fulfilling by embracing and reaching out to international students worldwide.

In any case, India should continue striving to become a regional education hub in South Asia. It should capitalise on its comparative advantages in the field of international higher education and promote them on a larger scale.

This unexpected global health emergency may postpone the tangible outcomes of the ‘Study in India’ scheme as well as the government’s target of increasing the number of international students in India from the current 47,500 to 200,000 in the next couple of years. But it should also be viewed as an opportunity for India to re-invent itself as an active player in ‘post-COVID’ global education.

Here we can see the evolving trend and changing attitude towards internationalisation on the part of the Indian government. This policy also aligns with the larger geopolitical goals of the country, as well as its foreign policy trajectories. This is what Professor Jane Knight defines as ‘knowledge diplomacy’.

My predictions are that internationalisation of higher education in India, including inbound student mobility, is unlikely to undergo significant and dramatic changes. This assumption is based on existing patterns in the Indian context, ie the overarching role of the ICCR, the specific demographics of the international student community and India’s potential to become an education hub in South Asia and beyond. 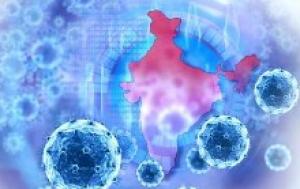 Read More
Written by Tatiana Belousova,
Source link: https://www.universityworldnews.com/post.php?story=20200410080453873
Previous Next
Upnext in
Disclaimer UniAgents does not author any news or content in this section. We aggregate News Headlines, Summary, and Content from over 700 sources, explicitly listed in every article/page. Users can visit the sources for full articles and more local news. The sole aim is to aggregate education news from around the world so they can be categorised and the user can have a personalised experience. In some cases, the original article has news in native language but listing on UniAgents for each article is done in English. There are no copyright infringements, as we do not claim to produce any content mentioned on this page, all relevant sources are mentioned. For any clarifications, do not hesitate to contact us.