Go Back to the List April 02, 2019
UK may need a Swiss-style Replacement for Erasmus+

Fears are rising that the United Kingdom could soon find itself locked out of the European Union’s Erasmus+ student and staff mobility and cooperation programme after British members of parliament voted for a third time to reject a withdrawal agreement hammered out by British Prime Minister Theresa May and the European Commission, and on Monday failed to establish a majority for any alternative proposal.

This has increased expectations that the UK government and higher education sector will need to follow in the footsteps of Switzerland and set up its own alternative study and work abroad scheme as well as expand participation in mobility programmes outside Europe, such as the Fulbright Scholarships with the United States and Generation UK-China schemes.This is clearly an option under serious consideration by the British universities minister, Chris Skidmore, should the UK leave the European Union without an orderly withdrawal agreement.

He told the International Higher Education Forum (IHEF), organised on 27 March by Universities UK International, that in addition to short-term measures to protect grants to UK applicants for Erasmus+ bids approved before exit day, a wide range of options are being considered should Britain leave the EU without an agreement in place.
These include “a potential domestic alternative to the Erasmus+ programme” for international exchange and collaboration in education and training as well as “exploring participation in the successor scheme to the current Erasmus+ programme”.

The minister said the UK remains committed to close cooperation with the European Higher Education Area as a key signatory to the Bologna Declaration and supports mobility for students, graduates and teaching staff. But if Britain cannot reach an agreement to participate in the Erasmus+ scheme until the end of current programme in 2020 and is excluded from the 2021-2027 programme, then it would need to establish its own mobility programme.
“The potential benefits of the UK establishing its own international mobility scheme would include the ability to tailor the scheme to UK needs and target the funding where it is most needed. I will be driving forward this work in the coming months,” Skidmore told the IHEF delegates meeting at Imperial College London.

Vivienne Stern, director of Universities UK International, welcomed moves to protect mobility and funding for current UK participants studying or working abroad, but voiced alarm that an alternative UK scheme might not be in place for the academic year 2019-20 and that 17,000 UK students could lose the opportunity to study abroad. So it was timely that the IHEF included a breakout session on options for boosting mobility with or without Erasmus+.

This session heard from Julia Grünenfelder, European advisor for education at SwissCore – the Swiss information and liaison office in Brussels – who outlined the Swiss solution after its own controversial referendum against ‘mass immigration’ led to the country being excluded from the Erasmus+ 2014-2020 programme.
“Switzerland found itself in a position that the UK might be in soon – without automatic participation in EU programmes such as the current Erasmus+ 2014-2020 programme,” she said.

“The Swiss solution is to have our own shadow programme. For learner mobility, we pay for inward and outward student mobility. However, we also support some collaboration partnerships through Erasmus cooperation programmes. We can participate in these, but there are always limitations. So, the Swiss solution is only a partial replacement of the European scheme,” she said After a fall in participation in mobility programmes designed by Swiss institutions, numbers recovered. However, it is unclear how Switzerland would have done if they had been an Erasmus+ partner country. A recent analysis suggests the country has around 21% of its higher education students taking part in outward mobility programmes, but this covers more than just the Swiss solution to Erasmus+, said Grünenfelder.
That is better than many EU countries and considerably higher than the 13% target for UK students to take part in study abroad programmes of all kinds.Switzerland did rejoin the EU’s Horizon 2020 research and innovation programme after resolving its difficulties with the EU following a referendum on free movement – but decided jointly with the European Commission not to continue negotiations about joining Erasmus+, Grünenfelder explained.

Decision awaits
Grünenfelder told University World News that Switzerland was waiting to see the details of the new Erasmus+ 2021-2027 programme before deciding whether to continue with its own shadow scheme to the European programme or to apply to participate in the new EU programme.
One reason against Switzerland rushing to join Erasmus+ 2021-2027 is that the new Erasmus+ programme could be costly. “The Erasmus+ budget is most likely going to be doubled and if it is based again on GDP [gross domestic product], it is going to be an extremely large amount of money for the Swiss to pay,” said Grünenfelder.Another reason, which might appeal to the UK government, is that the Swiss have put the emphasis of their scheme on mobility.

“We have not tried to replicate everything and have had to be selective. Some areas like programme partnerships are therefore not funded through the Swiss solution,” said Grünenfelder.

The fear is that Britain could see numbers studying abroad dropping in the short term because of uncertainty about arrangements if it had to leave Erasmus+.

That’s a worry for Stern of Universities UK International, who told University World News: “Our strong preference would be for the UK to remain in the Erasmus scheme. We think this should be possible whatever the basis of the UK’s departure from the EU, and we recognise that the UK government has also said that in the event of a no-deal they would seek to remain in Erasmus if the [European] Commission agrees.

“However, if that is not possible, we absolutely need a national alternative. We know that the government is now considering what a national alternative might look like, and it was very good to hear the minister confirm this. However, we are still concerned that there are not plans for such an alternative to be in place for academic year 2019-20 – which could mean that about 17,000 UK students lose the opportunity to study abroad.”

She said: “We want the minister to go a bit further therefore and confirm that the Department for Education is thinking about a national alternative in the short term, as well as from 2021 onwards. And that it is prepared to put money in to plug the gap: this is what we are really missing in the short term.” Nic Mitchell is a British-based freelance journalist and PR consultant who runs De la Cour Communications and blogs about higher education for the European Universities Public Relations and Information Officers’ Association, EUPRIO, and on his website. He also provides English-language communication support for Norwegian, Czech and UK universities and specialist media. 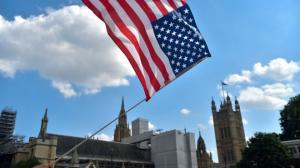 Read More
Written by Nic Mitchell,
Source link: https://www.universityworldnews.com/post.php?story=20190402120222344 | https://www.google.com/search?q=UK&rlz=1C1CHBD_enIN817IN817&tbm=isch&source=lnms&sa=X&ved=0ahUKEwiT2qaL8L_hAhVCX30KHbRTAQIQ_AUIDCgD&biw=1360&bih=608&dpr=1#imgrc=88f7p47vm_scdM:
Previous Next
Upnext in
Disclaimer UniAgents does not author any news or content in this section. We aggregate News Headlines, Summary, and Content from over 700 sources, explicitly listed in every article/page. Users can visit the sources for full articles and more local news. The sole aim is to aggregate education news from around the world so they can be categorised and the user can have a personalised experience. In some cases, the original article has news in native language but listing on UniAgents for each article is done in English. There are no copyright infringements, as we do not claim to produce any content mentioned on this page, all relevant sources are mentioned. For any clarifications, do not hesitate to contact us.