Go Back to the List May 26, 2021
Internationalisation Of Higher Education: Benefits And Challenges

Internationalisation is long overdue in India when it comes to education. NEP 2020 is charting the way for global collaborations and international recognition of Indian educational institutions.

India has always been seen as a global destination for acquiring premium education at an economical cost. It is the hub of traditional institutes like Nalanda and Takshila which imparted quality education in a gurukul manner. This rich educational culture has led to India attracting millions from across the globe to pursue their education. However, over the years, the enrollment of students from across the globe has seen a sharp decline. In an attempt to reverse this trend, the National Education Policy (NEP) 2020 has charted out a pathway for internationalisation of higher education which should be attained by 2030.

The NEP states that “selected universities, for example, those from among the top 100 universities in the world will be facilitated to operate in India. A legislative framework facilitating such entry will be put in place, and such universities will be given special dispensation regarding regulatory, governance, and content norms on par with other autonomous institutions of India.” Such a stance will open up avenues for foreign universities to build their branches in India. In addition to this, the NEP also aims at stimulating Indian universities to establish campuses abroad and form collaborations and joint ventures with top universities. Such collaborations can open up prospects of success for both participating countries.

Why is there a need for the internationalisation of higher education in India?

The landscape of Higher Education in India has witnessed enormous changes in the last few decades. Despite being one of the largest education systems in the world which provides a large pool of manpower, the quality of skillsets is concerning. Challenges the sector faces include the gap faced by students in terms of the skills that they learn at universities in comparison to the skills required at the workplace, skill gaps amongst faculty, the inadequacy of funding mechanism and also the quality of research carried out in these institutes. It has been observed that there is a growing disparity between curricula and market demands. In the post-industrial era, the skill sets one obtained during their term in college or university lasted for life, but with dynamic situations, the shelf life of the skillsets have declined enormously. According to a report by Deloitte, ‘64% of the educators feel that there is an absence of a fresh curriculum and it is one of the pressing challenges for the Indian higher education system. Also, only 28 per cent of the educators believe that students are industry-ready.’’

Benefits of Internationalization of Education

It has been widely established that any exposure to international education can cause students to have competitive advantages over their peers. These students often enjoy higher employability factors when it comes to global job markets due to factors like exposure to a multicultural environment, higher awareness of global trade, finance and industry operations. It is also observed that students with such exposure are also often self-reliant and confident. Students who have received education in foreign countries often display wider intellectual horizons and a greater ability to adapt and appreciate when it comes to their professional career. For this reason, these students exhibit excellent decision-making and problem-solving skills that are relevant in all industries. Besides the skills developed from foreign mobility, internationalisation also plays a greater role in stimulating foreign direct investments and general globalization per se. However, at the same time, due to better education opportunities, the productivity of the country can also follow a similar upward trend.

As the education sector is evolving, there is a constant need for institutes to work towards developing educational technologies. Internationalisation will lead to the creation of holistic teaching infrastructure and facilities to meet the growing demands of the industry and technicalities of the corporate world. Faculty upskilling is the other facet that can be greatly impacted through internationalisation. Processes like gap analyses, impactful assessment, equipping teachers with the latest information and technological advancements will help in creating greater impact in the classrooms.

Internationalisation will further usher in the capital, latest developments in education technology, innovation and facilitate institution mobility, which India currently lacks. These factors can spur competition and innovation amongst Indian universities. Having foreign universities set up campuses in India will help the students to secure international degrees at a reasonable cost and nurturing of talent will become predominantly important.

Vision and challenges to the internationalisation of higher education in India

The Governments’ vision to promote world-class education in India through reforms in the National Education Policy 2020 would surely generate interest for foreign universities to set up centres of learning or campuses on the Indian shores. The move would create an environment for research and a higher Gross Enrolment Ratio (GER) in the Indian academic ecosystem both for faculty and students.

Public universities in India have been able to cater to students from diverse social and economic backgrounds and have been built on the grounds of offering equitable and affordable learning opportunities to students. It is intriguing to see how foreign universities will create an impact of inclusion for such students. Many Indian students with financial constraints who aspire to study at international universities would be attracted to enrol in programs of such universities if they operate in the country as it would give them a cost advantage in terms of tuition and living expenses. Indian students who aspire to study abroad would continue to do so as they are attracted by the post-study job opportunities and exposure to foreign faculty, research and the global economy.

To conclude, the internationalisation of higher education in India is a key part of the reform that is long overdue since the 1990s. Efforts to promote the internationalisation of higher education in the country and simultaneous rebuilding of existing public universities would need a focused approach and enormous contribution from academic institutions and thought leaders at a public, private and global level. This initiative will definitely see progress and change in the due course of time.

Disclaimer: The views expressed in the article above are those of the authors' and do not necessarily represent or reflect the views of this publishing house 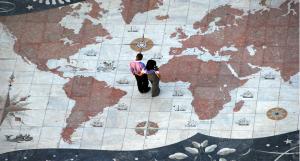 Read More
Written by Anubha Singh,
Source link: http://bweducation.businessworld.in/article/Internationalisation-Of-Higher-Education-Benefits-And-Challenges/26-05-2021-390465/
Previous Next
Upnext in
Disclaimer UniAgents does not author any news or content in this section. We aggregate News Headlines, Summary, and Content from over 700 sources, explicitly listed in every article/page. Users can visit the sources for full articles and more local news. The sole aim is to aggregate education news from around the world so they can be categorised and the user can have a personalised experience. In some cases, the original article has news in native language but listing on UniAgents for each article is done in English. There are no copyright infringements, as we do not claim to produce any content mentioned on this page, all relevant sources are mentioned. For any clarifications, do not hesitate to contact us.