Smart entrepreneurs seek large, underserved markets and have a special interest in those rare markets that are “evergreen” – markets that refresh themselves. They leverage (or exploit) the competitive advantage of their product(s) or service(s). And smart entrepreneurs also use “other people’s money” (aka OPM) to launch and grow their operations. These three factors – market opportunity, competitive advantage, and OPM – strike me to be the appropriate reference points for framing InStride, ASU’s new, online, for-profit, “learning services company.” Information about ASU’s plans for this new for-profit first broke on March 19th. Then on Friday, April 5th, there was the ASU-InStride press release, three days ahead the annual gathering of education entrepreneurs, innovators, and investors at the ASU GSV Summit in San Diego. The press release announced the new company and formally proclaimed ASU’s goals for this venture: “Too many people have been left out of higher education for reasons such as cost, time, or family circumstances,” said Michael M. Crow, president of Arizona State University. “Many forward-thinking employers are already leading the way in the movement to provide learning opportunities for employees that result in life-altering benefits. We have created InStride to accelerate that movement and partner with more employers who seek to provide flexible learning options for employees no matter what stage of their career they are in.” As previously reported, ASU will be a minority partner in this venture. The university will contribute key assets – online courses and content, plus its managerial experience and expertise with online education. Money to support this venture comes from The Rise Fund, a social impact fund that like all social impact funds proclaims to “do good” for society, while also “doing well” for investors. And the target market is large corporations that will direct employees eager to finish college degrees directly to ASU’s online program via agreements to be negotiated by InStride. Here’s how my hyperactive inference engine assesses the ASU-InStride venture.

The world of online education is large, growing, and increasingly competitive. It has also become strategically important for a rising number of institutions eager to increase enrollments and revenues as operating support for public institutions remains flat or has declined in many states, and as US colleges and universities confront a decline in the population of traditional-age college students. Recent data from the National Center for Education Statistics (NCES) reveal that while overall postsecondary enrollment dropped by 90,000 students between 2016 to 2017, the number of students taking at least some of their coursework online grew by 350,000 during the same period (up 5.7 percent). In 2017, students enrolled exclusively in online programs or courses accounted for 15.4 percent of total enrollments, up from 14.7 percent in 2016. These percentages translate into some 3.1 million students enrolled exclusively in on-line programs and courses in 2017, out of a total enrollment of some 20.1 million students at degree-granting postsecondary institutions in the United States. However, in the context of InStride, ASU President Michael Crow has his eyes on the 35 million adults who started college but did not earn a degree – “75 percent who work for a company and have no pathway [back] to college.” (That’s some 26 million adults currently in the workforce). To borrow from hockey great Wayne Gretzky’s quip about “skating to where is the puck is going, not to where it is,” Crow, his ASU colleagues, and his InStride partners are looking beyond the trajectory of the “puck on the ice” to the thousands watching the game from the other side of the glass in the arena or on television. Moreover, the working adults who might be interested in going back to college constitute an “evergreen” market. What’s significant here is that, in aggregate, baccalaureate degree completion rates have been stubbornly flat for several decades despite significant institutional efforts and expenditures to improve retention and graduation rates. This means, of course, that large numbers of students who start college subsequently leave college after year or two. Consequently the “some college” population refreshes itself each year even as many working adults with prior college experience and credits pursue and eventually complete baccalaureate degrees or other certificates. So the market opportunity here is significant and the logic simple: mindful of Willie Sutton’s quip that he robbed banks “because that’s where the money is,” ASU and InStride will target the “some college” population of adults employed by companies and corporations – because that’s where the big numbers are.

Earlier this year US News and World Report ranked ASU’s on-line baccalaureate program as No. 2 in the nation. The online program at ASU is large – some 40,000 students according to public statements last week at the ASU GSV Summit. ASU also offers a large, rich, and diverse portfolio of online bachelors degrees, taught, as President Crow emphasized in our conversation, by “regular ASU faculty.” In addition to its highly ranked online degree programs, ASU’s competitive advantage includes experience and expertise with a large corporate partner. Launched in 2014, the Starbucks College Achievement Plan (SCAP) “provides all eligible U.S. partners the opportunity to receive 100% tuition coverage to Arizona State University” (original emphasis). SCAP has allowed ASU to gain direct experience working with a large population of “some college” corporate employees interested in completing their baccalaureate degrees. According to the numbers discussed last week at the ASU GSV Summit, some 12,000 “Starbucks partners” are currently enrolled in online degree programs at ASU. As of 2018, some 2,400 Starbucks employees had completed online degrees since the program launched in 2014, a number ASU officials estimate will rise 3,000 this spring. So as above, the logic here is clear: InStride and ASU will leverage ASU’s online programs and draw on ASU’s experience with Starbucks to develop (many!?) additional corporate alliances that will send more members of the “some college” workforce directly to ASU for online courses and degrees.

Smart entrepreneurs use OPM – other people’s money. In this case the OPM that underwrites InStride comes from The Rise Fund. Crow previously characterized the Rise Fund’s (initial?) investment as in the “low tens of millions.” Additionally, Crow stated explicitly during our conversation in San Diego last week that ASU would not invest cash. But interestingly, there is a second strategic OPM factor at work here – corporate reimbursement for the tuition of employees enrolled in ASU’s online programs. So ASU and InStride benefit from two pots of OPM – the Rise Fund to support InStride’s operations plus tuition reimbursement from Starbucks and future corporate partners funneling students to ASU. 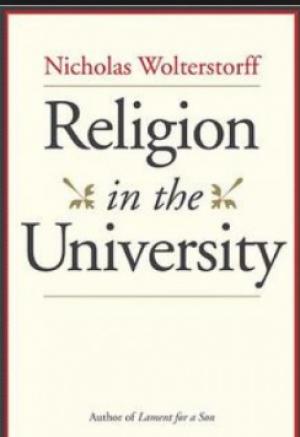 Read More
Written by Kenneth C. Green,
Source link: https://www.insidehighered.com/blogs/digital-tweed/introducing-instride-asu%E2%80%99s-profit-preferred-provider-strategy-growing-online | https://www.google.com/search?q=Introducing+InStride,+ASU+For-Profit,+Preferred+Provider+Strategy+for+Growing+Online+Enrollments&rlz=1C1CHBD_enIN817IN817&source=lnms&tbm=isch&sa=X&ved=0ahUKEwjn9JrMi97hAhUDTY8KHTiODpQQ_AUIDygC&biw=1360&bih=657#imgrc=T62uXT
Previous Next
Upnext in
Disclaimer UniAgents does not author any news or content in this section. We aggregate News Headlines, Summary, and Content from over 700 sources, explicitly listed in every article/page. Users can visit the sources for full articles and more local news. The sole aim is to aggregate education news from around the world so they can be categorised and the user can have a personalised experience. In some cases, the original article has news in native language but listing on UniAgents for each article is done in English. There are no copyright infringements, as we do not claim to produce any content mentioned on this page, all relevant sources are mentioned. For any clarifications, do not hesitate to contact us.