Go Back to the List September 13, 2018
Turkey to stop sending students to United States for graduate degrees

Turkey is to stop sending students to the United States for post-graduate studies and limit the number it sends to European and Asian countries, Yeni Åžafak newspaper on Thursday quoted Deputy Education Minister Mustafa Safran as saying.

NATO allies Turkey and the United States are embroiled in a diplomatic tussle over Turkey’s imprisonment of Americans that Washington says are being held as hostages. The United States last month imposed sanctions on two Turkish ministers and doubled tariffs on Turkish steel and aluminium imports. Turkey responded with sanctions of its own on some U.S. goods.

Safran criticised post-graduate teaching in the United States and said the new policy would save the Turkish government $20 million it pays to U.S. universities annually. Students would only be sent to European and Asian countries for post-graduate studies in a limited range of subjects.

sanctions the US from Turkey came from training. National Education Deputy Minister Mustafa Safran, Turkey's foreign policy required students to explain whether education was no longer sent to the US. Saffron announced that students will not be sent abroad for master's degree in all fields except specific areas. 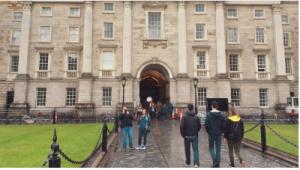 Read More
Written by Ahval,
Source link: https://ahvalnews.com/higher-education/turkey-stop-sending-students-united-states-graduate-degrees#
Previous Next
Upnext in
Disclaimer UniAgents does not author any news or content in this section. We aggregate News Headlines, Summary, and Content from over 700 sources, explicitly listed in every article/page. Users can visit the sources for full articles and more local news. The sole aim is to aggregate education news from around the world so they can be categorised and the user can have a personalised experience. In some cases, the original article has news in native language but listing on UniAgents for each article is done in English. There are no copyright infringements, as we do not claim to produce any content mentioned on this page, all relevant sources are mentioned. For any clarifications, do not hesitate to contact us.