CHENNAI: The Madras High Court Friday restrained the Medical Council of India and the Centre from issuing eligibility certificate to foreign medical education aspirants if their score was less than 80 per cent in the qualifying Class XII exam. Flagging the low pass percentage in screening tests for foreign medical graduates, the court said minimum qualifying marks should be raised from 50 per cent to at least 80 per cent.
Passing the order on a petition by a foreign medical degree holder, Justice N Kirubakaran pointed out that in the past 10 years, only 15-25 per cent of doctors with foreign degrees managed to clear the mandatory screening test, the Foreign Medical Graduate Examination, conducted by the National Board of Examination to practise the profession in India.

"This would only make one to understand that the minimum marks of 50 per cent prescribed by MCI has to be revised and higher marks have to be prescribed," the judge noted.

Therefore, for this year, the judge said the minimum marks should be raised from 50 per cent to at least 80 per cent. 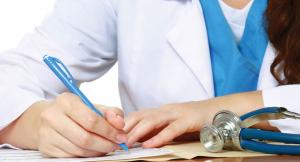 Read More
Written by Press Trust of India,
Source link: https://www.ndtv.com/education/raise-qualifying-marks-for-pursuing-medical-courses-abroad-madras-high-court-to-mci-centre-1924102 | https://www.google.co.in/search?q=Raise+Qualifying+Marks+For+Pursuing+Medical+Courses+Abroad:+Madras+High+Court+To+MCI,+Centre&rlz=1C1CHBD_enIN790IN790&source=lnms&tbm=isch&sa=X&ved=0ahUKEwjBpr-l-9_dAhWKfisKHVwHAbUQ_AUIDygC&biw=1360&bih=626#imgdii=DqosjCE
Previous Next
Upnext in
Disclaimer UniAgents does not author any news or content in this section. We aggregate News Headlines, Summary, and Content from over 700 sources, explicitly listed in every article/page. Users can visit the sources for full articles and more local news. The sole aim is to aggregate education news from around the world so they can be categorised and the user can have a personalised experience. In some cases, the original article has news in native language but listing on UniAgents for each article is done in English. There are no copyright infringements, as we do not claim to produce any content mentioned on this page, all relevant sources are mentioned. For any clarifications, do not hesitate to contact us.