Go Back to the List July 06, 2019
Plunging collaboration with Europe threatens UK research

There has been a sharp decline in participation by the United Kingdom in European research projects since the Brexit vote, with a study by University College London of nine leading research institutions showing that involvement in Horizon 2020 projects nearly halved within two years in some and that UK leadership of huge research projects has plummeted.

The number of Horizon projects led by UK researchers in the nine universities surveyed dropped from 49 in 2016 – the year that Brits voted for Brexit – to just 20 in 2018. The percentage of projects the universities are leading declined from 15% in 2016 to 9% last year.

The total number of Horizon projects the nine institutions were involved in dropped by a third, from 331 in 2016 to 227 last year.

Last week The Guardian reported British researchers as saying they are “being shut out of bids for major European research partnerships, or asked to keep a low profile, because of fears that the threat of a no-deal Brexit could contaminate chances of success”.

Journalist Anna Fazackerley wrote: “Researchers say that taking a back seat is harmful to prestige, and also means they have less opportunity to steer the direction of research and are likely to have a smaller slice of the funding.

“Many are voluntarily not leading, however, because they fear that if UK academics are in charge of an important proposal, the research may not be funded.”

The UCL study shows that the number of collaborative Horizon 2020 funded projects at the nine universities remained fairly steady from 2014 to 2016, with the referendum on whether or not the UK should remain in the European Union held on 23 June 2016.

Overall, the nine UK universities were involved in 350 projects in 2014, 289 projects in 2015 and 331 projects in 2016. At some institutions the number of projects increased during this period (Sheffield, Nottingham and Birmingham) while at two they remained around the same (Manchester and Cambridge) and at others Horizon project numbers declined (UCL, Edinburgh, Oxford and Imperial).

Since then, the number of Horizon 2020 collaborative projects has plunged at all nine British universities, in some cases precipitously.

The picture is mixed regarding individual UK universities, with some continuing to head a similar number of projects (Nottingham, Manchester and Edinburgh) while others are leading far fewer – Imperial declined from leading nine projects in 2014 to just one in 2018, Sheffield dropped from seven to one, while UCL declined from nine to three projects.

University leaders told The Guardian that continued political uncertainty is exacerbating the problem.

Not only have some UK researchers voluntarily stepped back from leadership of projects, in order not to jeopardise their success, but British researchers are also being invited less to participate in major projects because of Brexit uncertainty. There could also be a decline in the number of European researchers who want to do work in the UK.

It is hoped the UK government will carry on paying in to the EU and enable UK researchers to continue participating in Horizon 2020. The government is also looking at creating an alternative if there is a no-deal Brexit and the UK is unable to buy in to Horizon Europe.

But there is little confidence that sufficient research funding will be forthcoming – or in the UK’s ability to replace the research collaborations with Europe that it has benefited so greatly from for so many years. 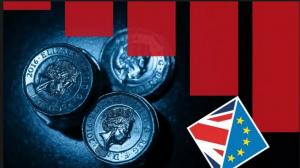 Read More
Written by Karen MacGregor,
Source link: https://www.universityworldnews.com/post.php?story=20190705102334725
Previous Next
Upnext in
Disclaimer UniAgents does not author any news or content in this section. We aggregate News Headlines, Summary, and Content from over 700 sources, explicitly listed in every article/page. Users can visit the sources for full articles and more local news. The sole aim is to aggregate education news from around the world so they can be categorised and the user can have a personalised experience. In some cases, the original article has news in native language but listing on UniAgents for each article is done in English. There are no copyright infringements, as we do not claim to produce any content mentioned on this page, all relevant sources are mentioned. For any clarifications, do not hesitate to contact us.