Go Back to the List September 24, 2019
Indian govt focuses on internationalization in the new draft national education policy

With a focus to internationalise education, India has proposed an exciting development in the new National Education Policy (NEP), according to the country’s government agency for international education, Education New Zealand (ENZ).

New Zealand is willing to extend its support to the Indian government for such a proposal.

According to official statistics, there has been a 63 per cent increment in first time student visas for universities in New Zealand and the number has nearly doubled from university enrolment numbers in 2017.

McPherson added,”Awardees go on to strengthen ties between our two countries by contributing to a broader exchange of ideas in our universities, building our respective research capabilities, and enriching our cultures.

The ENZ on Tuesday announced 32 new scholarships worth Rs 8.2 million. 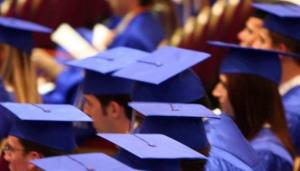 Read More
Written by Reetika Bose,
Source link: https://digitallearning.eletsonline.com/2019/09/indian-govt-focuses-on-internationalisation-in-the-new-draft-national-education-policy/
Previous Next
Upnext in
Disclaimer UniAgents does not author any news or content in this section. We aggregate News Headlines, Summary, and Content from over 700 sources, explicitly listed in every article/page. Users can visit the sources for full articles and more local news. The sole aim is to aggregate education news from around the world so they can be categorised and the user can have a personalised experience. In some cases, the original article has news in native language but listing on UniAgents for each article is done in English. There are no copyright infringements, as we do not claim to produce any content mentioned on this page, all relevant sources are mentioned. For any clarifications, do not hesitate to contact us.