Go Back to the List February 29, 2020
One Size Does Not Fit All When Checking Student Eligibility

On 4 June 2019, the Student and Exchange Visitor Program (SEVP) published a policy guidance document on Form I-20 Issuance and School Use of Recruiters. This new policy guidance clarifies that for reasons of privacy, security and fraud prevention, the Form I-20, “Certificate of Eligibility for Non-immigrant Students”, must be issued directly by SEVP-certified schools to non-immigrant students, their dependants or, for minors, their parent or guardian.

Recruiters may not receive the Form I-20 directly from a school’s designated school official (DSO) and then distribute it to the student.

Like many other Trump administration statements and actions, this SEVP update was more proof that when things are bad, they can always get worse. It sounds good in theory. What’s not to like about more privacy, greater security, and less fraud?

In practice? Here’s what I saw in my student recruitment crystal ball: a lot of I-20s not finding their way to intended recipients in Vietnam and many other countries where delivery is not the exact science it is in some.

The end result would be wasted time and frustration on the part of both admitted students and squandered money and time on the part of the educational institution sending the I-20. No I-20 hard copy, no visa interview, according to current policy.

One size doesn’t fit all

Not every sending country is like the US with zip codes. In spite of the tendency of many US Americans to treat the United States Postal Service (USPS) as a perennial whipping boy, the system is generally very efficient. In countries like Vietnam that don’t have zip codes and where mail delivery is not as efficient, sending I-20s to many addresses is akin to putting a message in a bottle.

For example, one university sent an I-20 to one of its admitted Vietnamese students not once but twice – without success. The third time it was sent to his education agent’s office, where it arrived safe and sound. Unfortunately, it was too late for the student to schedule a visa interview for the autumn semester so he had to delay his studies until the following spring.

One advantage of sending the document to a ‘recruiter’, for those students working with one, is that education consultants tend to have easily identifiable business addresses and, most importantly, the mail sent their way actually arrives.

Another one is that good education agent can review the information and identify possible mistakes that the student may overlook, thus allowing time to request a revised I-20 in time for the interview. Isn’t this in line with the US government’s new rhetorical emphasis on constructively engaging with education agents?

While seemingly minor in the larger scheme of things, this appears to be just another hurdle designed, intentionally or not, to discourage more international students from choosing the US as their primary overseas study destination. Even if a few students don’t receive their I-20, that’s a few too many.

It’s also yet another example of the US government talking out of multiple sides of its maw. State Department political appointees have paid lip service to cozying up to education agents, an unprecedented change that would bring it into alignment with the Department of Commerce, for better and for worse. (Passive resistance to this rhetorical shift to agent engagement may make its implementation problematic in the field.)

To complicate matters, the I-20 is under the purview of the Department of Homeland Security. Think of it as a form of official schizophrenia, a scattershot approach to policy-making with the involvement of multiple federal government departments and a decided lack of interdepartmental cooperation.

I’m aware of the criticism that there have been “instances where recruiters, having obtained a student’s Form I-20, subsequently demanded additional payments before providing it back to the student in advance of a meeting”. How common is this form of petty corruption? The Department of Homeland Security isn’t saying.

Is there another way?

Is this counterproductive bureaucratic measure going to save official money or make the US ‘Homeland’ safer? No and no. Surely, consular and Department of Homeland Security resources would be better devoted to combatting visa fraud in Vietnam and other countries that include fake marriages and young people gaming the system – with and without the assistance of unscrupulous education agents – by using the F1 as a backdoor means of emigration.

The decision to force educational institutions to send I-20s directly to students was just another obstacle on the road to study in the US that is already littered with so many.

Here’s a novel idea that responds to the official concerns about “privacy, security, and fraud prevention” and takes advantage of modern internet technology. It’s fair to say that international students have internet access, be it at home, in an American Centre, at a local internet café or another business with free wi-fi access. Why not switch to digital I-20s that can either be sent via email or downloaded from a secure site to which students are given unique login IDs? This is 2020, not 1920, after all.

Speaking of 21st-century technology, don’t all US embassies and consulates have access to this vital document? It’s the only one that many interviewing consular officers look at. While it enhances the bottom line of US courier services, mailing hard copies to overseas addresses is so yesterday.

If the consular officer sees a discrepancy between the student’s copy and the digital version, it’s an automatic refusal, plus there’s a good chance that the student will be blacklisted and unable to apply for a visa, any kind of visa, to travel to the US for the foreseeable future.

Postscript: Time for Plan B

Apparently, the policy guidance unveiled last June is not working as expected. On 7 January 2020, US Immigration and Customs Enforcement (ICE) posted a broadcast message regarding exemptions from direct issuance of the I-20 “in specific instances where circumstances prevent direct issuance”.

• Students who are in countries where US courier services do not operate.

• Students who are in areas with inadequate infrastructure or services that make deliveries generally difficult or would be unsecured.

While US courier services do deliver to Vietnam, many students fall into the second category, as explained. The message goes on to state that: “To request an exemption from this policy, DSOs should contact the SEVP Response Centre in writing with the individual student’s name and the circumstances warranting an exemption. The DSO should also identify the individual who will be receiving the Form I-20 on the student’s behalf and the person’s relationship to the student.”

I give ICE credit for recognizing the error of its ways within six months of publishing a policy guidance document on Form I-20 Issuance and School Use of Recruiters and granting these exemptions. On the other hand, if those individuals who drafted the policy had been aware that not every country is like theirs, this wouldn’t have happened in the first place.

Dr. Mark A Ashwill is managing director and co-founder of Capstone Vietnam, a full-service educational consulting company with offices in Hanoi and Ho Chi Minh City that works exclusively with regionally accredited colleges and universities in the United States and officially accredited institutions in other countries. He served as the country director of the Institute of International Education-Viet Nam from 2005-09. Ashwill blogs at An International Educator in Viet Nam. A list of selected English and Vietnamese language essays can be accessed from his blog. 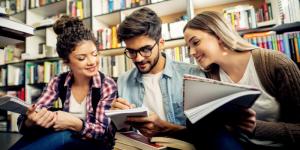 Read More
Written by Mark A Ashwill,
Source link: https://www.universityworldnews.com/post.php?story=20200227144429621
Previous Next
Upnext in
Disclaimer UniAgents does not author any news or content in this section. We aggregate News Headlines, Summary, and Content from over 700 sources, explicitly listed in every article/page. Users can visit the sources for full articles and more local news. The sole aim is to aggregate education news from around the world so they can be categorised and the user can have a personalised experience. In some cases, the original article has news in native language but listing on UniAgents for each article is done in English. There are no copyright infringements, as we do not claim to produce any content mentioned on this page, all relevant sources are mentioned. For any clarifications, do not hesitate to contact us.