Go Back to the List September 01, 2018
Australian universities to benefit in Australia-Indonesia free trade deal

On August 31, Prime Minister Scott Morrison secured an end to negotiations on a new free trade agreement with Indonesian President Joko Widodo, opening a path for Australian universities to build new campuses in Indonesia. Negotiations began in 2012, but have recently ramped up. President Widodo and Prime Minister Morrison signed a memorandum of understanding committing the countries to get a free trade deal done by November.

Cooperation with Indonesia in the higher education space is both promising and complex. The prospect of Australian campuses in Indonesia represents another set of opportunities for education providers, in facilitating “internationalisation at home”.

The higher education component of this free trade deal is important to Australian universities and to the broader economy. But its negotiation presents significant challenges. It’s important to carefully consider how Australia approaches establishing campuses in Indonesia, keeping in mind the student experience is most important.
Education cooperation with Indonesia
Australia faces competition from other countries trying to attract Indonesian students, including the US, Malaysia, and increasingly China.
Education is crucial to the Australian economy. The category of education-related travel services is Australia’s largest services export and its third largest export overall. Australia is the most popular destination for Indonesians studying overseas.

But given Indonesia’s large population (about 260 million) and close proximity to Australia, the number of Indonesian students studying in Australia at a tertiary level is surprisingly low. It sat at around 20,000 in the year to June 2017.

Far more students come from China (about 166,000) and India (about 70,000). While these countries have bigger populations, we still might ask why a proportionately lower number of Indonesian students come to Australia for university and vocational courses.

Part of the answer is only about 46,000 Indonesians study at a tertiary level overseas. The proportion of the Indonesian population who complete tertiary education in Indonesia or another country is not high. The gross tertiary enrolment rate is about 25% – but the completion rate is lower. The Indonesian government is prioritising the improvement of the quality of its education system at all levels. 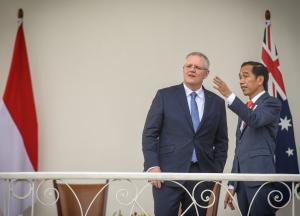 Read More
Written by AEST,
Source link: https://theconversation.com/australian-universities-to-benefit-in-australia-indonesia-free-trade-deal-102350
Previous Next
Upnext in
Disclaimer UniAgents does not author any news or content in this section. We aggregate News Headlines, Summary, and Content from over 700 sources, explicitly listed in every article/page. Users can visit the sources for full articles and more local news. The sole aim is to aggregate education news from around the world so they can be categorised and the user can have a personalised experience. In some cases, the original article has news in native language but listing on UniAgents for each article is done in English. There are no copyright infringements, as we do not claim to produce any content mentioned on this page, all relevant sources are mentioned. For any clarifications, do not hesitate to contact us.