Go Back to the List April 14, 2020
Universities try to recruit new students, convince others to stay enrolled for fall

Universities are recruiting new students and trying to convince others to stay enrolled for the fall even as it’s still not clear whether in-person classes will be offered because of the impact of COVID-19.

The situation has many administrators and students waiting anxiously as they assess messages from public health officials about when gatherings, including lectures, will be permitted. Although schools seem to have been able to finish the 2020 winter term with a rapid transition to online learning, it’s not clear whether students would be willing to pay for a primarily online offering in the fall.
Investors services firm Moody’s says it expects universities, including those in Canada, to take a financial hit, warning they’re likely to enrol fewer students than planned.

Some schools say despite the challenge posed by the pandemic, they expect to welcome an incoming class similar in size to the previous year.
The University of Toronto has already distributed roughly half of its offers of admission for the fall of 2020. So far there’s no sign of any worrying trend, said Richard Levin, university registrar and director of enrolment services.

“We’re not seeing anything in the acceptance rate of offers,” Mr. Levin said.
He added this year is so far out of the ordinary it’s difficult to predict what will happen.
“There's been so much speculation that it will be a difficult year for universities that we'd love to prove everybody wrong, "Mr. Levin said."we do think we're going to have a strong, diverse class in the fall. 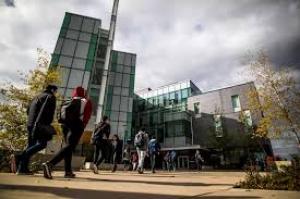 Read More
Written by JOE FRIESEN,
Source link: https://www.theglobeandmail.com/canada/article-universities-try-to-recruit-new-students-convince-others-to-stay/
Previous Next
Upnext in
Disclaimer UniAgents does not author any news or content in this section. We aggregate News Headlines, Summary, and Content from over 700 sources, explicitly listed in every article/page. Users can visit the sources for full articles and more local news. The sole aim is to aggregate education news from around the world so they can be categorised and the user can have a personalised experience. In some cases, the original article has news in native language but listing on UniAgents for each article is done in English. There are no copyright infringements, as we do not claim to produce any content mentioned on this page, all relevant sources are mentioned. For any clarifications, do not hesitate to contact us.