Go Back to the List May 17, 2021
US public has mixed views on foreign student recruitment

Americans are more likely than not to say students from other countries have a positive impact on United States higher education and society, but offer mixed views about whether they would like universities to step up efforts to reverse recent enrolment declines, a study suggests.

The study, which is based on three iterations of surveys of registered voters conducted between March 2017 and February 2021, paints what it calls a “complex, evolving and nuanced public view” of how US voters perceived international students during perhaps the most volatile and politicised period of higher education policy-making since the September 2001 terrorist attacks.

It was sponsored by the American Council on Education (ACE), the primary representative in Washington for university leaders.

Overall, US international enrolments declined 1.8% in 2019, according to the Institute of International Education (IIE), which has tracked student mobility trends for decades.

IIE data also show that international students contributed an estimated US$44 billion to the US economy that year. But the US’s global share has diminished in recent years as more countries are competing in the recruitment of students from outside their borders.

The study does not mention former president Donald Trump or details of his visa policy changes, except to note that 41% of respondents said they voted for Trump in the 2020 election and 50% said they voted for Joe Biden. As president, Biden has lifted many immigration restrictions established during the Trump administration but has not addressed some of them.

Meanwhile, the US Senate is considering similar restrictions in its Safeguarding American Innovation Act, which calls for new limits on visiting foreign scientists and stricter disclosure of foreign gifts to US universities. ACE argues the measures are “unnecessary and could be used to undermine valuable and important scientific activities”.

“No matter how the question is asked, the public does not see a need to increase international student numbers,” the report says. “Quantity simply is not compelling in and of itself.”

Also, 31% said they “do not believe” that international students pay full tuition fees, though many do, especially undergraduates. In fact, because “many are paying full freight”, colleges and universities can offer more grants and scholarships to US students, according to report co-author Sarah Spreitzer.

Among the more troubling findings, Spreitzer said, was “this continuing belief that [international] students take seats from domestic students” and the assumption that they are getting a ‘full ride’ (full scholarship) is “very problematic”.

• 68% agreed that American college students benefit from having international students as classmates, up from 60% in 2017.

• 55% agreed that “it is in America’s interest to be the top destination” for university study.

• 55% agreed that international students who remain in the United States after completing their degrees “enhance our workforce by filling critical jobs in tech and STEM [science, technology, engineering and mathematics] and boost our economy”.

• 52% favoured “a proposal that would make it easier for students with advanced STEM degrees to stay in the United States after graduation”. 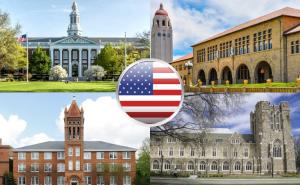 Read More
Written by Mary Beth Marklein,
Source link: https://www.universityworldnews.com/post.php?story=20210517073642923
Previous Next
Upnext in
Disclaimer UniAgents does not author any news or content in this section. We aggregate News Headlines, Summary, and Content from over 700 sources, explicitly listed in every article/page. Users can visit the sources for full articles and more local news. The sole aim is to aggregate education news from around the world so they can be categorised and the user can have a personalised experience. In some cases, the original article has news in native language but listing on UniAgents for each article is done in English. There are no copyright infringements, as we do not claim to produce any content mentioned on this page, all relevant sources are mentioned. For any clarifications, do not hesitate to contact us.