Go Back to the List May 06, 2021
Canada: concern after talk of Ontario student travel ban

Following a meeting with the provinces on April 29 Trudeau said that Ontario had requested the federal government suspend the arrival of international students.

The Canadian prime minister said that the federal government would be “reaching out to their officials today (April 30) to formalise that request”. However since then the premier of Ontario, Doug Ford, said that no such request had been made.

Now international students have said that they feel anxious about the uncertainty caused by the mixed messages from the federal government and Ontario’s premier.

“Firstly I was very disappointed,” Ambika Goel, an international student who is studying Digital and Content Marketing at York University, in Toronto, told The PIE News.

“And then there was a lot of frustration. Because we did everything that the Canadian government asked us to do. Be it 14 days paid quarantine or four different Covid tests, we did everything. And yet we are the ones who are treated like this.

“There is a lot of agitation and there were a lot of expectations. We paid a lot of fees, our flights were booked, our quarantined hotels were booked,” she added.

Although Ontario’s premier has since said that no request was made to the federal government, Goel said that she did not feel at ease as Ford has tweeted that he still thinks international travel is a problem.

“We the international students do not deserve to be treated like this after all the hard work, all the money and the cumulative time we have invested so that we could get better educational opportunities… This is our future. Our careers are at stake,” Goel added.

Parth Khurana who is studying at Seneca College, Toronto, Ontario, told The PIE that the Canadian government has little accountability when it comes to the decisions they make about students’ travel plans.

“I’m very concerned. Students have a lot of money invested in the Canadian economy and the government has no accountability whatsoever in regards to when the student can fly or whether or not they’d be able to do part of their course in Canada,” Khurana said.

The Council of Ontario Universities president and CEO Steve Orsini told The PIE that Ontario’s universities are pleased that the Ontario government continues to welcome international students and has provided clarity & assurances to that effect in government statements by the Premier’s Office and in the Ontario Legislature.

“Our universities look forward to continuing to safely welcome international students to our campuses this fall,” he said.

“Ontario universities have robust policies and procedures in place to ensure that students from outside Canada can arrive safely and meet federal self-isolation requirements.”

Orsini explained that Ontario universities have invested heavily in infection prevention and control and have procedures in place to support students upon arrival and throughout their quarantine, including monitoring procedures.

“Our universities continue to follow the guidance and direction of local public health authorities,” he added.

Tina Bax, founder of Cultureworks, warned that the mixed messaging between the Ontario legislature and federal government could affect the decision making process of international students.

“I would imagine that if I were holding two letters of admission, one was to Ontario and one was somewhere else, I might look more closely at going somewhere else,” she said.

“Because maybe this story was untrue this time. Maybe it won’t be next time. All of us right now are looking for stability. 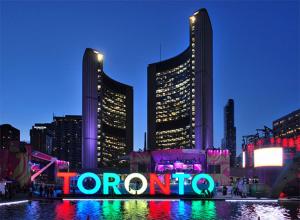 Read More
Written by Will Nott,
Source link: https://thepienews.com/news/canada-confusion-after-talk-of-ontario-student-travel-ban/
Previous Next
Upnext in
Disclaimer UniAgents does not author any news or content in this section. We aggregate News Headlines, Summary, and Content from over 700 sources, explicitly listed in every article/page. Users can visit the sources for full articles and more local news. The sole aim is to aggregate education news from around the world so they can be categorised and the user can have a personalised experience. In some cases, the original article has news in native language but listing on UniAgents for each article is done in English. There are no copyright infringements, as we do not claim to produce any content mentioned on this page, all relevant sources are mentioned. For any clarifications, do not hesitate to contact us.