The UK's universities minister recently signaled support for visa changes that would attract more international students to the UK.

According to the BBC, Sam Gyimah, Minister of State for Universities, Science, Research and Innovation, told university leaders that if the UK wanted more international students, "our actions must match our ambition."

Universities UK argued that unless international students could work in the UK after graduation, they would more likely study in Australia or the US. At the Universities UK conference in Sheffield earlier this month, university leaders explained that countries like the US, Canada, and Australia attracted more students because they could stay and work after finishing their degrees.

They called on the Home Office to change immigration restrictions and allow international students to work in the UK to work for up to two years after graduating.

The Migration Advisory Committee submitted a report to the conference explaining that the limits on international students were based on incorrect claims that too many students overstayed their visas and studied for extended periods of time as a way to migrate for work.

Gyimah said the report would be an "opportunity to ensure our policy on student migration recognises the contribution that overseas students make to our universities, our balance of trade and our communities."

At the conference, he said, "19th-Century tactics are not going to secure our 21st-Century future. But our universities, if they're globally connected and locally engaged, can be the UK's flagships in the economy of the future."

The UK government has commissioned a review of tuition, fees, and university funding as part of the move. Gyimah says he wants to wholeheartedly defend the value of university education.

The move has widespread support.

The BBC reported that Ryan Shorthouse, director of the center-right think-tank Bright Blue said, "It is encouraging that the minister for universities is signaling that he wants to do more to attract international students to both study and stay in the UK, including reversing the policy decisions of previous home secretaries." 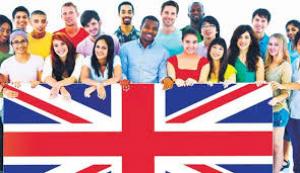 Read More
Written by Alyssa Walker,
Source link: https://www.bachelorstudies.com/news/uk-universities-minister-supports-foreign-student-visa-changes/-3007/
Previous Next
Upnext in
Disclaimer UniAgents does not author any news or content in this section. We aggregate News Headlines, Summary, and Content from over 700 sources, explicitly listed in every article/page. Users can visit the sources for full articles and more local news. The sole aim is to aggregate education news from around the world so they can be categorised and the user can have a personalised experience. In some cases, the original article has news in native language but listing on UniAgents for each article is done in English. There are no copyright infringements, as we do not claim to produce any content mentioned on this page, all relevant sources are mentioned. For any clarifications, do not hesitate to contact us.