Go Back to the List April 11, 2019
Government scraps demand-driven funding of universities

The conservative government has abandoned a ‘demand-driven funding model’ for boosting student numbers in Australia’s universities.

But that decision could be overturned when Australia elects a new government next month.

Under the demand-driven scheme, introduced by a former Labor government in 2012, the costs incurred by universities enrolling increasing numbers of students were covered by federal grants.

This allowed for an uncontrolled expansion of higher education enrolments as universities boosted their student numbers to gain ever larger sums in government subsidies.

As a result, total student numbers in the nation’s universities jumped by nearly 240,000, a startling 20% rise in six years, to hit more than 1.33 million.

In December 2017, however, a new conservative government announced it was effectively abandoning the demand-driven funding model by freezing the federal grants each university would receive over the following two years at 2017 levels.

In addition, the government said any increase in total federal funding beyond 2020 would be tied to the rate of increase in Australia’s 18-64 age population.

But scrapping the non-political demand-driven system has also allowed the government to replace it with what the Labor Party opposition calls “some good old-fashioned pork barrelling”.

Despite its so-called ‘funding freeze’, the government has now announced it will allocate additional spending on specially selected university campuses.

“By sheer chance,” Labor Party cynics claimed, the first grants went to university campuses in electorates where the government either holds marginal seats or where the Labor Party has only a slight lead in the polls and its sitting members could be overthrown.

An analysis by the National Tertiary Education Union found that five of the university campuses to receive additional grants to boost their student numbers are all in or close to marginal electorates.

“The additional Commonwealth supported places [for new students] have predominantly been allocated to campuses which just happen to be located in marginally held seats,” says the union’s research officer, Paul Kniest.

“These are seats the government is desperately trying to hold or seats that Labor holds with paper thin margins.”

“Unless you believe in pure coincidence, the evidence indicates that demand-driven funding for the allocation of student places has been abandoned in favor of a marginal vote-driven funding model.”

This view was given further confirmation when the government announced it was providing more than 4,000 scholarships worth AU$15,000 (US$10,700) a year for students to attend regional universities, mostly in electorates where the government has won seats.

The government has also added 12 months to the temporary post-study visas of foreign students who are enrolled on university regional campuses.

Of course, these moves by the government are only part of a much wider outlay of millions of dollars to boost its chances of re-election when Australians go to the polls on 18 May.

Its chances of resuming government after that date, though, are becoming increasingly smaller and all recent indications are that the conservative parties will be roundly defeated, which would result in Labor regaining power after six years in the political wilderness. 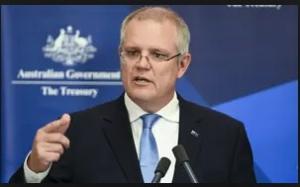 Read More
Written by Geoff Maslen ,
Source link: https://www.universityworldnews.com/post.php?story=20190411104243524 | https://www.google.com/search?rlz=1C1CHBD_enIN817IN817&biw=1360&bih=593&tbm=isch&sa=1&ei=BWC5XI7RBIKSwgOIoJjgBA&q=AUSTRALIA+Government+scraps+demand-driven+funding+of+universities&oq=AUSTRALIA+Government+scraps+demand-driven+funding+of+universities&gs_l=i
Previous Next
Upnext in
Disclaimer UniAgents does not author any news or content in this section. We aggregate News Headlines, Summary, and Content from over 700 sources, explicitly listed in every article/page. Users can visit the sources for full articles and more local news. The sole aim is to aggregate education news from around the world so they can be categorised and the user can have a personalised experience. In some cases, the original article has news in native language but listing on UniAgents for each article is done in English. There are no copyright infringements, as we do not claim to produce any content mentioned on this page, all relevant sources are mentioned. For any clarifications, do not hesitate to contact us.