Go Back to the List October 03, 2018
'Rethink role of HE beyond rankings' ,says minister

The role of higher education is changing, and the existing research-led university model and the system of university ranking and evaluation need to evolve with the times, Singapore’s Education Minister Ong Ye Kung told an international higher education conference recently.

“After all, every industry we know of is subject to disruption,” he said.

In his 26 September speech at the Times Higher Education World Academic Summit, held at the National University of Singapore, Ong questioned international university ranking systems’ ability to take into account the “varied and profound roles of universities today”.

Singapore’s International Academic Advisory Panel (IAAP), which comprises presidents and vice-chancellors of universities in Europe, the United States and Asia as well as CEOs of global companies, has recommended that Singapore should develop a holistic evaluation framework for its universities instead of being fixated on international rankings.

The panel, which met in June, “felt that universities are undergoing a fundamental change”, Ong said.

“Against the deep changes happening in universities, it is not surprising that when it comes to the issue of international university rankings, the IAAP was quite unanimous in expressing that today’s methodology needs to be enhanced to take into account the varied and profound roles of universities today,” he said.

“The ranking system also, probably unintentionally, gives the impression that there is only one research-based model of success for universities, when in fact they have diverse social and economic missions and objectives.”

Ong pointed out that the lifelong learning process – which the Singaporean government has made a priority for public universities – will also change the rhythm and mix of education, with less pressure on universities to “frontload knowledge” during formal years of undergraduate studies, Ong said.

“More effort is required to make university education experiential,” he added, as students need to develop soft skills to adapt to rapid changes.

The minister’s criticism comes despite the successes of Singapore’s universities in rising up international rankings in the past decade.

Singapore’s two top universities, the National University of Singapore (NUS) and Nanyang Technological University (NTU) have done very well with the existing ranking system. In the latest Times Higher Education or THE World University Rankings, NUS ranked 23rd and NTU was placed at 51st. However, this year NUS lost its top ranking in Asia to China’s Tsinghua University, which came 22nd.

Singapore’s public research universities have long been held up as a key component of the city-state’s success story. But there is now a growing debate in the academic community on how well the kind of research that helps universities perform well in rankings is serving Singapore’s needs.

This is not necessarily new. Prime Minister Lee Hsien Loong raised the issue in a speech in 2015.

While wanting to maintain the standing of Singapore’s universities internationally, Lee said key performance indicators should not necessarily be how they perform in rankings but “how well they serve Singapore. Whether they are academically and intellectually rigorous and vibrant, yet develop an authentic Singaporean character. Whether they give Singaporeans a good education, not just academically but holistically, building skill sets relevant to the economy so that people can get good jobs and fulfil their aspirations.”

Andrew Perkis, a professor in the department of electronic systems, Norwegian University of Science and Technology, recently visited NTU to observe its pursuit of world rankings.

He noted both Asia and Europe face similar problems with the ranking system. The classic metrics, such as those used by THE and others, “do not in any way reflect Europe's striving towards creativity and innovation”, such as under the European Union’s science funding programmes, including Horizon 2020, which also include innovation and industry collaboration.

He said rankings such as THE and the ranking put out by Shanghai Jiao Tong University in China “are solely based on what could be termed basic research. It very much disfavours the applied research and sciences, where innovation driven research would prevail”.

“We get no credit or score for Horizon 2020 activities in general because the outcomes are not measurable in citation indices, etc,” said Perkis.

Questions are also being asked whether by chasing after international research-based rankings, Singapore has failed to develop a Singaporean academic core.

Bertil Andersson, who was president of NTU until last year, admitted transforming the university’s faculty – a move that was controversial at the time – by hiring from overseas after he took up the leadership role at NTU in 2011. “The first thing I did was to start to recruit top professors from all over the world, but I also terminated many professors’ positions,” Andersson told University World News in an interview last December.

Pang Eng Fong, a professor of strategic management at Singapore Management University, and Linda Lim, a professor at the University of Michigan’s Ross School of Business, found that Singapore universities’ focus on rankings and citations sidelined local academics, as they sought to recruit foreign academics with high citation counts rather than local academics whose work on Singapore might not generate as much global interest.

A preference for foreign scholars could also “give rise to a gradual brain drain of Singaporean intellectuals”, warns Woo Jun Jie, lecturer in the NTU Public Policy and Global Affairs Programme, in a commentary on Channel NewsAsia last week.

There was a need, he said, instead of overemphasis on research, for “directing universities’ best and brightest faculty members towards adult learning and continuous education, rather than employing adjunct lecturers for this important mission”.

Woo also warns that a focus on research and rankings could dilute universities’ ‘Singaporean identity’, which he says is a common complaint of many Singaporean undergraduate students, “many of whom have expressed a strong desire for local academics who can present knowledge in a manner that makes sense in the Singaporean context.”

The minister as well as educational experts in Singapore have pointed out that in areas like sociology, political sciences and communications, the local and Asian regional perspective is essential for young people to be active participants and movers in community development.

However, the international ranking system based on getting research papers published in ‘top-tier’ international journals is counterproductive in this regard.

“In the pursuit to publish in Tier 1 journals which carry a lot of weight in the ranking assessment, niche research into hyperlocal trends and developments falls by the wayside, and suffers from lack of recognition and support,” argues Joon-Nie Lau, a former full-time lecturer at a top Singapore university for seven years and currently a Polytechnic external examiner.

Co-founder of Hacks/Hackers Singapore, part of a global network of journalists and technologists rethinking the future of news, Lau argues there is a “sore need” for localised research, such as in her field in the media industry in the Asia region to understand and gain deeper insights into trends and consumer behaviour in different countries in Asia.

“From a curriculum standpoint, this lack of original field research means having to resort to studies done in other countries and extrapolating the results to guesstimate ours. Our industry and society at large will be all the poorer for this,” she told University World News.

In several disciplines including sociology, curricula are devised using textbooks written by scholars from Western universities that provide almost no Asian context. 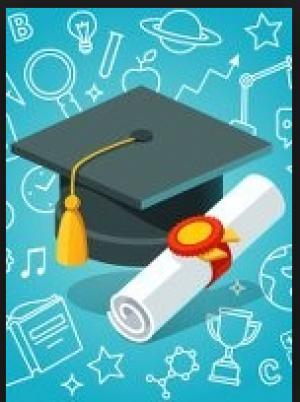 Read More
Written by Kalinga Seneviratne,
Source link: http://www.universityworldnews.com/article.php?story=20181003174150435 | https://www.google.co.in/search?q=%E2%80%98Rethink+role+of+HE+beyond+rankings%E2%80%99,+says+minister&rlz=1C1CHBD_enIN817IN817&source=lnms&tbm=isch&sa=X&ved=0ahUKEwi60uP4wvbdAhUHdXAKHcL1B-wQ_AUIDygC&biw=1360&bih=633#imgrc=yrX21uFrROOY6M:
Previous Next
Upnext in
Disclaimer UniAgents does not author any news or content in this section. We aggregate News Headlines, Summary, and Content from over 700 sources, explicitly listed in every article/page. Users can visit the sources for full articles and more local news. The sole aim is to aggregate education news from around the world so they can be categorised and the user can have a personalised experience. In some cases, the original article has news in native language but listing on UniAgents for each article is done in English. There are no copyright infringements, as we do not claim to produce any content mentioned on this page, all relevant sources are mentioned. For any clarifications, do not hesitate to contact us.