Go Back to the List July 06, 2019
An 'unwavering' commitment to higher education in Africa

Nagy, the former vice-provost for international affairs at Texas Tech University in the US, spoke glowingly of the “enduring partnership between the United States and South Africa”.

In an address at the Donald Gordon Auditorium at the University of the Witwatersrand (Wits) on 21 June at the Wits Business School in Johannesburg, South Africa, Nagy said the United States values its partnership with South Africa as the democratic and economic leader of the world’s fastest growing continent.

He said the United States wants to: promote stronger trade and business ties between Africa and the US, to the benefit of the people of both; help harness the potential of Africa’s tremendous youth population to drive Africa’s economic growth and create real prosperity; and continue to advance peace and security across the continent.

“I am here today to reinforce that America has an unwavering commitment to Africa. No other country in the world can match the depth and breadth of America’s long engagement with the people of Africa,” he said.

Nagy has spent most of his 32-year career as an American diplomat on the African continent, and has served in Ethiopia, Guinea, Nigeria, Cameroon, Togo, Zambia and the Seychelles.

“Since I assumed my current role last September, this is my fourth trip to Africa. I am truly excited to speak to you about the enduring relationship between the United States and the countries of Africa, especially South Africa.”

Nagy said he would be remiss to play down the challenges faced by South Africa as it seeks to increase economic growth and come to grips with how best to manage and reform struggling state-owned enterprises. “At the same time, we do not view these challenges as obstacles but an opportunity for closer cooperation,” he said.

“Indeed, the United States is South Africa’s third largest trading partner, with two-way trade in 2018 at US$13.7 billion – and we’d like to be number one. This US interest in deepening trade and investment ties with South Africa extends throughout the region, as well as the continent.

“With the strong backing of the Trump administration, our Congress recently passed legislation called the BUILD [Better Utilization of Investments Leading to Development] Act. This law doubles the available US government’s investment capital from US$29 billion to US$60 billion and offers promising opportunities for more US direct investment in Africa,” he said.

He said US companies are investing in South African President Cyril Ramaphosa’s goal of raising US$100 billion in new investments over five years.

Nagy said the second priority was harnessing the potential of Africa’s youth population since investing in education is the best way to invest in the future. “I saw this first-hand as vice-provost for international affairs at Texas Tech University,” he said.

Nagy said it was important to find ways for youth to access education and training that lead to employment opportunities in the face of projections that Africa’s population is to double by 2050 to around 2.5 billion people, 60% of whom will be under the age of 25.

“Right here at Wits University, we have a great example of the US-South African education partnership in the IBM Research Lab. Just this year, US Department of State Deputy Secretary [John] Sullivan visited this lab and was impressed with its capabilities and the potential for private-public partnerships to help solve pressing challenges in South Africa,” he said.

“The Department of State has many programmes to promote mentorship, networking and career development for young people. This includes, of course, the Young African Leaders Initiative/Mandela Washington Fellowship.”

This year, 700 young African leaders from across Sub-Saharan Africa were selected to participate in the programme. They receive training and academic coursework, networking and mentoring at 27 US universities.

Nagy said when they return to Africa, they will join approximately 3,700 fellowship alumni, including 258 South Africans, to tackle key issues their countries face today.

“In South Africa, alumni of US government exchange programmes have made great strides in a variety of important areas,” he said.

For example, Murendeni Mafumo became a Mandela Washington Fellow in 2014 as a scientist working in water purification and attended a programme at Yale University in the US. He has since launched a social enterprise, Kusini Water, with a locally designed water purification system which uses an activated carbon filter made from macadamia nut shells.

“But an educated and innovative population is only possible with our third priority: advancing peace and stability. The United States will continue to help our African allies build secure and resilient communities bolstered by capable and accountable security and defence institutions,” Nagy said.

These institutions should help to foster an environment in which businesses can flourish and the aspirations of young Africans can be met.

Q&A with Robert Mearkle, US embassy spokesperson in Pretoria

UWN: What are your country’s plans for higher education partnerships in Africa?

RM: The US Department of State is very interested in supporting and expanding higher education partnerships in South Africa. As the assistant secretary of state for African affairs has noted consistently during his tenure, we believe in not only investing in the future of Africa, but the future of Africans.

We have several initiatives in place that we would like to expand over the coming years, including in creating more linkages between US higher education institutions and universities throughout Africa. In South Africa, we have recently added resources to our EducationUSA network, the US government’s education advising organisation, which is focused on encouraging student mobility between the US and other nations.

We have also invested in small grants to support developing collaborations between universities in South Africa and the United States. We are committed to exploring additional mechanisms to working with our South African partners to build and grow the higher education sector, which in turn will drive growth and create prosperity for years to come.

UWN: Does the current US administration see investment in higher education as a priority?

RM: An investment in higher education is a key tenet of the current administration’s priorities. Under the current leadership of Assistant Secretary of State for Educational and Cultural Affairs Marie Royce, we continue to support and develop professional, cultural and academic exchanges that expand our reach and impact.

UWN: What are the benefits of investment in African higher education for the US?

RM: The US Department of State’s programmes cultivate people-to-people ties among current and future global leaders that build enduring networks and personal relationships and promote US national security and values.

South Africa is home to many world-class institutions, and history tells us that when universities create sustainable, vibrant relationships across borders and between cultures, it is not only the students who benefit. Communities, business ecosystems, approaches to innovation, and innumerable other entities on both sides of the equation also gain new opportunities and learn new strategies.

UWN: What is the scale of its scholarship programme?

RM: In South Africa, we currently support approximately 20 educational and professional exchange programmes between the United States and South Africa.

This includes initiatives ranging from our Mandela Washington Fellowship that empowers young people through academic coursework, leadership training and networking, to the Fulbright Fellowship, which offers programmes for passionate and accomplished students, scholars, artists, teachers and professionals of all backgrounds to enrich their educations, advance their careers – and make meaningful contributions abroad and at home.

Overall, our programming focuses on creating a diverse and dynamic network of leaders, scholars, alumni and global partners, and fosters mutual understanding between the United States and partner nations, with the goal of sharing knowledge across communities and improving lives around the world.

UWN: Is it likely to expand or contract?

RM: Higher educational linkages and exchange programmes strengthen ties between the United States and other nations, developing the relationships between people and communities that are necessary to solve global challenges. The US is committed to continued investment that will continue to forge lasting connections, counter misunderstandings and help people and nations work together toward common goals. 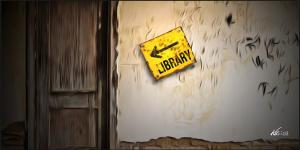 Read More
Written by Edwin Naidu,
Source link: https://www.universityworldnews.com/post.php?story=20190702112710231
Previous Next
Upnext in
Disclaimer UniAgents does not author any news or content in this section. We aggregate News Headlines, Summary, and Content from over 700 sources, explicitly listed in every article/page. Users can visit the sources for full articles and more local news. The sole aim is to aggregate education news from around the world so they can be categorised and the user can have a personalised experience. In some cases, the original article has news in native language but listing on UniAgents for each article is done in English. There are no copyright infringements, as we do not claim to produce any content mentioned on this page, all relevant sources are mentioned. For any clarifications, do not hesitate to contact us.