Go Back to the List September 03, 2019
Algeria's Higher-Education Minister Encourages Switch From French to English

A proposal by the Algerian minister of higher education to promote English as an official language of teaching and administration at the country’s universities has received a mixed response from students and professors.

Tayeb Bouzid, who was appointed minister of higher education in April, published his proposal on his Facebook page on August 20, at the conclusion of a national conference of Algerian universities.

“In order to increase the visibility of research in higher education institutions,” Bouzid wrote, “and to open up to the international environment … it has been decided to set up a think-tank of specialists and administration officials to present proposals for promoting the use of English in teaching and research.”

Bouzid has been a forceful advocate for introducing English as the main teaching language in Algerian higher education, and relying less on French, the language of the former colonial power. In his previous post as rector of the University of Batna 2, from 2015 to 2019, Bouzid called for gradually replacing French with English, according to the Algerian news website El Watan.

In a letter to the rectors of the nation’s universities in July, the minister asked that official correspondence be written in Arabic and English. Speaking at Mentouri University in Constantine on July 8, El Watan reported, Bouzid said, “French does not get you anywhere!”

Popular Support for English
In August, the higher education ministry posted a Google poll on its website, asking respondents if they supported the use of English as a teaching language. Of the 94,060 who completed the poll, the ministry reported, 94.3 percent voted in favor of the proposal. (Such online polls, of course, are not as reliable as surveys that take a representative sample of a population.)

“The biggest problem with this proposal is that it comes at the wrong time,” said Azzedine Layachi, a specialist in the politics and economics of North Africa, and a professor of political science at St John’s University, in New York.

Since February, large numbers of Algerians have taken part in a popular movement to change the country’s government and introduce fundamental reform. Students have been prominent in the weekly demonstrations. “The protesters do not see this government as legitimate,” Layachi said. “They believe there should be a caretaker government, and that the present regime should not be making policy. The public want to throw these rascals out.”

Still, many students take the proposal seriously. Some view it with cautious support, others with anxiety.

For example, Antar Ben Sari, a student at the Institute of Optics and Precision Mechanics at the University of Ferhat Abbas in Sétif, in eastern Algeria, supported the minister’s proposal, calling it “very important.” He said that the latest and best research in precision optics is published in English, while French sources lag behind by months or even years.

But Ben Sari noted that making the transition from French to English would be difficult for many students and professors because most Algerians have been educated in French from primary school onwards.

“I admit that my level of English is average, but I welcome the idea of generalizing English, and I will strive to improve my attitude towards this language,” Ben Sari said. “I hope that my graduate research next year will be in English. I believe that English is the future in Algeria.”

Mixed Signals in the Job Market
On the other hand, Ferial Aymour, a second-year French language student at the Institute of Languages at the University of Bouzareah in Algiers, was anxious about increasing the academic use of English.

She chose to specialize in French because, she said, “French is the main language of the labor market. Most open positions require the French language, especially in education.” Internationally, many defenders of French point out that it is spoken on five continents, including Africa and North America (particularly Quebec); that the number of French speakers is growing, and that it is a popular language in diplomacy and on the Internet.

But Aymour fears that the number of opportunities for French speakers will decline. The minister’s negative attitude about French made her consider dropping French and studying a different subject.

Many students said there were practical obstacles to switching from French to English. Redouane Djaber, a fifth-year student at the Faculty of Medicine of the University of Algiers, was skeptical about the practicality of replacing French with English when teaching medicine.

“Ninety percent of the professors who teach us have not mastered English. They and their students all think in French. Medicine in Algeria is taught entirely in French,” he said.

“I myself am not ready to continue my medical studies in English. I may rely on English for research, or to improve my educational performance and future career status, but to change everything to English would be difficult, if not impossible,” Djaber said.

On the other hand, he added, “the training of new students in medical schools and in English from the beginning will have a positive impact on the specialty of medicine, because most of the scientific research and explorations, and periodicals of medicine, are in the world in English, and therefore the promotion of training in medicine is guaranteed by this plan, which must be deeply thoughtful.”

A Political Gesture?
Abdel Raouf Mezghash, a professor of management at the Faculty of Economic Sciences at the University of Annaba, in eastern Algeria, favored the use of English in higher education, but believed that Tayeb Bouzid’s proposal was a political move, intended to attract support for an unloved government. “It comes as a response to the ongoing popular movement, and is an attempt to please people who hate the French language because of the historic background of the colonial period that lasted for more than 130 years,” he said.

On the other hand, “French is no longer a language of science,” Mezghash said. “Its global role is smaller than it was, and the international job market now requires English rather than French.”

Nacereddine Maamari, a professor of law at the University of Mohammed El Amine Dabbaghine in Sétif, believes the minister’s proposal was a serious move and not just a populist gesture. “English is spoken and understood by a quarter of the world’s population,” he said. “More than 95 percent of scientific research is conducted in English, and trade, cinema and telecommunications are all in English, so the move could be very positive.” 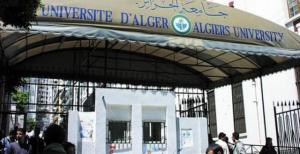 Read More
Written by Riad Mazzouzi,
Source link: https://www.al-fanarmedia.org/2019/09/algerias-minister-of-higher-education-encourages-switch-from-french-to-english/
Previous Next
Upnext in
Disclaimer UniAgents does not author any news or content in this section. We aggregate News Headlines, Summary, and Content from over 700 sources, explicitly listed in every article/page. Users can visit the sources for full articles and more local news. The sole aim is to aggregate education news from around the world so they can be categorised and the user can have a personalised experience. In some cases, the original article has news in native language but listing on UniAgents for each article is done in English. There are no copyright infringements, as we do not claim to produce any content mentioned on this page, all relevant sources are mentioned. For any clarifications, do not hesitate to contact us.