Go Back to the List October 02, 2018
Drop In Number Of B-School Applicants In US, Asia-Pacific, Canada And Europe

NEW DELHI: Overall, demand for graduate management education is stable in 2018 compared with 2017 according to findings of the annual Application Trends Survey from the Graduate Management Admission Council or GMAC. Applications to business school programs in the Asia-Pacific, European, and Canadian markets are up over 2017 while programs in the United States report a drop in volume.  The United States experienced a nearly 7% decline, including a 1.8% decline in domestic application volume and a 10.5% drop in international volume across all program types.
According to experts, a disruptive American political environment and the emergence over the past decade of tremendous educational and professional opportunities abroad, can be the reason for the drop in the US.

Growth in the Canadian and European regions derives largely from increases in international applications, while domestic growth is fueling increases in Asia-Pacific, said a statement from the Council.

Regionally, strong growth in application volume across all program types was offset by declines in the United States.

Programs in Asia-Pacific had an 8.9% increase, Canada realized 7.7% growth, and Europe had a 3.2% increase in application demand across all program types.

"However, there are significant regional variations. Non-U.S. programs continue to thrive, highlighting the continued emergence of enhanced educational and professional opportunities outside the United States," he added.

Mr Chowfla added that several factors can help explain the lag in U.S. business school demand.  "A low unemployment rate means young professionals have an increased opportunity cost of leaving their jobs in pursuit of an advanced degree.  Combined with a disruptive American political environment and the emergence over the past decade of tremendous educational and professional opportunities abroad, one can begin to understand in part why demand in the United States has dropped from previously record-high application volumes at some schools.
65 percent of Canadian programs and 63 percent of European programs report an increase in international applications over 2017.

The ability to attract top international talent continues to be a critical determinant to programs' overall application volumes, the Survey says.

Most programs in the United States report declining demand as non-U.S. students continue to identify attractive educational and professional opportunities elsewhere. Application volumes from domestic candidates are also soft this year for U.S. programs, with only 4 in 10 reporting growth in domestic application volume, claimed the Survey.

"Access is a critical issue facing higher education," said Bill Boulding, dean of Duke University's Fuqua School and chairperson of the GMAC board of directors. "Economic indicators in the U.S. are strong, but if we are to maintain such growth and productivity we need to make it possible for people from all different regions and backgrounds to study and work in the location they desire. If that doesn't happen, we limit not only the possibility of an individual, but also continued economic prosperity in the U.S. and growth around the world." 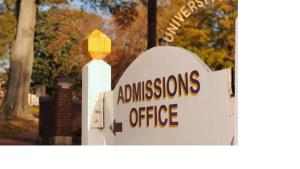 Read More
Written by NDTV,
Source link: https://www.ndtv.com/education/mba-application-drop-in-number-of-b-school-applicants-in-us-asia-pacific-canada-and-europe-see-gains-1925662
Previous Next
Upnext in
Disclaimer UniAgents does not author any news or content in this section. We aggregate News Headlines, Summary, and Content from over 700 sources, explicitly listed in every article/page. Users can visit the sources for full articles and more local news. The sole aim is to aggregate education news from around the world so they can be categorised and the user can have a personalised experience. In some cases, the original article has news in native language but listing on UniAgents for each article is done in English. There are no copyright infringements, as we do not claim to produce any content mentioned on this page, all relevant sources are mentioned. For any clarifications, do not hesitate to contact us.