Over the past decade, the study abroad international student population in Canada has tripled, having reached 642,000 students last year.

Canada now ranks as the world’s third most popular higher education destination, behind the USA and Australia. UNESCO has revealed that the number of international students globally has increased five-fold, from 2 million in 2000 to 5 million today.

CIC News have attributed this rapid growth in part to the rise in the global middle class population, and the consequent rise in students seeking educational and immigration opportunities in another country.

They also stated that Canadian higher education institutions have been largely dependent on recruiting international students, due to Canada’s low birth rate stagnating their intake of Canadian-born students.

Over the last 5 years, Canada’s population of Indian students has almost quadrupled.

Canada has sought to aid these students with the introduction of the Student Direct Stream, which fast tracks study permit applications from countries with high numbers of international students, including India and China.

60% of the international students interviewed by CBIE also stated that they are interested in becoming permanent residents of Canada, after the completion of their studies.

Research from the Canadian government estimates that the country’s international students contribute $22 billion to Canada’s economy every year and help to sustain over 170,000 jobs. 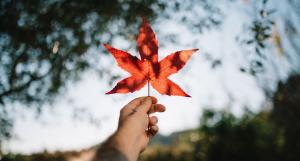 Read More
Written by Josephine Walbank,
Source link: https://www.globaleducationtimes.org/news/north-america/canada-now-3rd-most-popular-study-abroad-destination/1234/
Previous Next
Upnext in
Disclaimer UniAgents does not author any news or content in this section. We aggregate News Headlines, Summary, and Content from over 700 sources, explicitly listed in every article/page. Users can visit the sources for full articles and more local news. The sole aim is to aggregate education news from around the world so they can be categorised and the user can have a personalised experience. In some cases, the original article has news in native language but listing on UniAgents for each article is done in English. There are no copyright infringements, as we do not claim to produce any content mentioned on this page, all relevant sources are mentioned. For any clarifications, do not hesitate to contact us.