Go Back to the List February 21, 2020
Online Classes Try to Fill Education Gap During Epidemic

With the outbreak of the COVID-19 coronavirus epidemic, many universities across China that delayed the start of their semester to 17 February have still not reopened and no date has been set for proper teaching to resume. Many institutions are putting in place ‘holding courses’ taught online, though some say they lack proper resources and not all professors are able to transfer teaching online.

Primary and secondary schools in many areas across China, originally scheduled to open at the end of January or the beginning of this month, also remain closed, with no specific dates for reopening. Schools have been ordered by the education ministry in Beijing to start online classes and did so from this week, despite many teachers saying they are not equipped to provide online classes.

However, with the closure of schools in 31 provinces, unprecedented because no one knows how long it will continue, fears are increasing over the preparation of this year’s cohort for the ferociously competitive National College Entrance Examination or gaokao as students are missing many classes.

China has not yet indicated whether the dates for the gaokao – normally held in early June – will be changed. “The Ministry of Education will pay close attention to the development of the coronavirus epidemic situation, and promptly assess the conditions that might affect the gaokao together with the relevant departments,” ministry officials said at a press conference on 13 February.

Over 10.31 million high school students sat the gaokao in 2019. This year’s gaokao cohort began online courses earlier than other school year groups, with some of them attending online classes from home several hours a day since early February. Entrance exams run by individual colleges and institutions scheduled for February have already been postponed. But education experts say it is likely that other special measures will be announced.

As the epicenter of the outbreak, the government recognizes that central China’s Hubei province is particularly in need of educational assistance, with the likelihood that schools and universities could be closed for longer than elsewhere.

The authorities in Hubei province have already announced that for the children of frontline medical staff in the province “the relevant cities and prefectures can add 10 points to their total admission scores” in the gaokao.

According to a report by Chinese state television, the education sector “reacted very fast” to the shutdown announced in late January. By 2 February, some 22 online curriculum platforms opened 24,000 online courses for higher education institutions to choose from, including 1,291 ‘national excellence courses’ and 401 virtual simulation experimental courses, covering 12 undergraduate programs and 18 tertiary vocational programs.

Ding said the university launched 165 courses on platforms including the massive open online course (MOOC) system for Chinese universities so that students from all over the country can watch them for free.

Peking University said that beginning this week it was offering 563 undergraduate classes with 290 of them livestreamed and 101 video classes provided online via the university's website, as well as 96 discussion classes via online group chats.

Qiu Yong, president of Tsinghua University, Beijing, said some 4,254 courses have been planned for this semester, involving 2,681 faculty members and 25,091 students, with 3,923 courses being offered online. “The epidemic situation poses a challenge to us, but it is also an opportunity to comprehensively promote the digitalization and informatization of teaching,” Qiu said.

However, many other institutions do not have the same resources as these elite universities and are struggling to provide online alternatives. “Our professors do not have the equipment at home, and sometimes they do not have the skills and expertise to record lessons,” said a professor at a university in Guangzhou in southern Guangdong province. “Because we do not know how long the [university] closure will last, it is difficult to plan how many lessons to put online.”

When China’s Ministry of Education ordered primary and secondary schools to be closed in January, it said it was to “suspend school, not learning”.

The ministry is now launching its “national internet cloud classroom” backed by 7,000 servers – to ensure that the system catering to 50 million primary and middle school students “at the same time” does not crash. A dozen subjects will be covered including “epidemic education”, with 169 classes available in the first week.

The programs will be broadcast via satellite to remoter areas with weak internet connections, the ministry said.

According to state television, the materials will be supplemented by key teachers from Beijing and other cities as needed. But far from being a full curriculum, it is a stop-gap measure. The Beijing Municipal Education Commission said in a statement this week: “It is not a holiday in the traditional sense, nor does it mean that the new school semester has started online.”

The online courses, recorded by more than 1,000 teachers across the city, will be broadcast on TV. Students can watch live courses and re-broadcasts on TV as well as online, but Lu Jing, director of the Shanghai Municipal Education Commission, at a press conference on 18 February described it as “relatively relaxed curricula, not intended to substitute for a normal school day”.

The Shanghai authorities are also providing online resources for the most common courses for vocational school students, but specialized courses will have to be provided by the institutions themselves – a tough call for many vocational institutions, which specialize in practical learning.

Universities are being asked to develop their own plans, with some resources and courses from the Ministry of Education, Lu said.

Lu acknowledged that online teaching was not a complete substitute for on-campus learning. After the reopening of schools and universities “supplementary and enhanced courses will be arranged”, he said.

“China is making huge efforts to fight against what has become a huge education challenge. It is not easy at all to ensure over 200 million students continue their learning given the limited conditions under quarantine versus substantial economic costs,” said Wang Yan, director of the Department for International Exchange, National Institute of Education Sciences.

Many teachers say they are concerned. Writing on social media, they say they do not have appropriate materials in place. Server crashes, unstable networks, endless registration on various apps and a plethora of WeChat groups have meant the online classroom is a heated topic of debate on China’s social media platform Weibo.

Many education institutions, which have to use a third-party platform to broadcast lessons or lectures, face problems like bandwidth limitations, overcoming online surveillance and difficulty in choosing the proper equipment.

Some noted that online classes streamed live have been hit by censorship, particularly of words related to the coronavirus outbreak.

“It is difficult to avoid the blocking of live lectures,” said a university professor in Shanghai.

On Thursday anger was expressed on social media when Tsinghua University canceled without notice a live-streamed open class on organizational sociology by Stanford Professor Xueguang Zhou, who had been scheduled to speak about what the coronavirus outbreak reveals about China’s governance.

Online teaching or webcasting by major universities has been blocked from the live broadcast, teachers report on social media. “It is an awkward situation with the students watching and waiting,” one teacher said on Weibo.

Particularly noticeable was the blocking of biology lessons, with many human organ nouns deemed internet-sensitive and blocked, including in some of the teaching content provided by the education ministry, teachers reported.

“Without the large-scale online teaching during this epidemic, students and teachers would probably not have intuitively recognized that there is a problem with such words,” said one social media post this week. “Teaching webcasts have been banned repeatedly and our internet is sick.”

A medical nursing teacher complained that she was giving a lecture on QQ, an instant messaging platform that includes microblogging and voice chat, and was blocked within a few seconds as “pornographic” because it included words related to human physiology.

Many private educational companies have been offering free online resources. But parents say it is difficult to find the right course. “Some are too simple, some are too difficult, and some lack interaction,” said one Shanghai parent with a daughter studying for the gaokao. She said courses were not available on a single platform and she had to install several apps to access them. “It is hard to manage the courses,” she said and added that some websites crashed after a few seconds or minutes.

On the first day of a free live course streamed this month by Zuoyebang – a platform where students can seek answers to homework problems, and which has over 400 million users – its server crashed when five million users came online at the same time. Yu Minhong, the founder of New Oriental, an online education group, said in a WeChat social media post that China’s online system is “not ready for a sudden transformation to online learning”, and added that many teachers lack online teaching experience while parents and students were also unprepared. 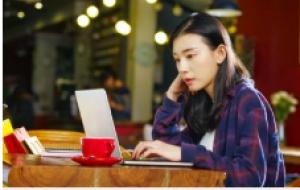 Read More
Written by Mimi Leung and Yojana Sharma,
Source link: https://www.universityworldnews.com/post.php?story=2020022108360325
Previous Next
Upnext in
Disclaimer UniAgents does not author any news or content in this section. We aggregate News Headlines, Summary, and Content from over 700 sources, explicitly listed in every article/page. Users can visit the sources for full articles and more local news. The sole aim is to aggregate education news from around the world so they can be categorised and the user can have a personalised experience. In some cases, the original article has news in native language but listing on UniAgents for each article is done in English. There are no copyright infringements, as we do not claim to produce any content mentioned on this page, all relevant sources are mentioned. For any clarifications, do not hesitate to contact us.