The Federal Government has signed a bilateral agreement on international education to give students access to study in over 70 public universities in Turkey. Already, an educational institute, Goodmus Learning Centre has been officially licensed to handle the admission process.Chief Executive officer of the centre, Badmus Adekunle told reporters in Lagos that the scholarship is aimed at reducing the huge cost of studying abroad by Nigerians in pursuit of higher education. Adekunle said: ”Based on the 90 percent scholarship, prospective students will pay subsidised fees. The tuition range is between #2OO and #985 euros for one academic session, medical courses inclusive. He called on the teeming prospective students to avail themselves of the opportunity, saying about 30 students benefited from the agreement last year.“Over thirty Nigerian students benefited from this offer last year and they are already in Turkey now. We brought the Turkish representatives into Nigeria last year to see how we conducted the examination. Professor of Veterinary Medicine, Uludag University, Turkey, Dr. llker Arican said the scholarship examination was done in over 21 countries including Europe, Asia and Africa.“After each examination, we set the cut off mark and once a student meets the requirement, such an applicant automatically qualifies for the scholarship” he said.Prof Arican added that about 15,000 students from across the world are expected to benefit from the scholarship scheme.“So far we have gotten 5, 000 students and hope to go on until our target is met” he stated 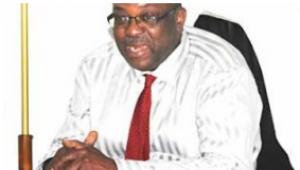 Read More
Written by Michael Akinadewo,
Source link: https://guardian.ng/features/education/turkish-varsities-woo-nigerian-students-with-90-scholarship-offer/ | https://guardian.ng/category/features/education/
Previous Next
Upnext in
Disclaimer UniAgents does not author any news or content in this section. We aggregate News Headlines, Summary, and Content from over 700 sources, explicitly listed in every article/page. Users can visit the sources for full articles and more local news. The sole aim is to aggregate education news from around the world so they can be categorised and the user can have a personalised experience. In some cases, the original article has news in native language but listing on UniAgents for each article is done in English. There are no copyright infringements, as we do not claim to produce any content mentioned on this page, all relevant sources are mentioned. For any clarifications, do not hesitate to contact us.