Go Back to the List September 06, 2018
State control over academic freedom in Hungary threatens all universities

Universities in Hungary are under serious pressure. They are facing dangerous government threats to academic freedom and autonomy that are unprecedented in the European Union. Most recently, the government has announced its intention to close down all gender studies courses in the country. The government’s reason is that the country has no need for graduates in gender studies, and that there are not enough students – but government officials have also confirmed ideological idiosyncrasies.

Gender studies is a well-established scientific discipline, taught at the most prestigious institutions around the world. The two affected universities, Eötvös Loránd University (ELTE) and Central European University (CEU), are internationally renowned. While gender studies generally does not attract masses of students, CEU has evidence that its graduates find employment, and the programmes are an important part of the universities’ international collaboration and exchange.

The move confirms an unsettling and thinly-veiled trend towards increased state control over civil society in Hungary – and higher education and research are no exception. Following the announcement on gender studies, the Hungarian government has launched a 25% “anti-immigrant” tax on the income of organisations supporting migrants, including universities with EU-funded programmes that assist refugee students and researchers. The CEU has already been forced to suspend its Open Learning Initiative (OLIve), an award-winning education programme for refugees and asylum seekers, as well as a major Horizon 2020 research project on migration policy. Other institutions are faced with similar dilemmas but have not yet gone public. Disturbingly, violations could also result in criminal penalties, including imprisonment, as they could be marked as supporting and encouraging illegal migration. The work that universities do on gender and migration clearly brings benefits for students and society at large. But these are topics and activities that the government does not like. As there is no sensible reason for closing down such programmes, this nurtures the suspicion that this is about ideologies and politics, rather than what is best for society. Things are moving quickly– tomorrow, where will the Hungarian government lay its strong arm? And where will Hungary’s example resonate in the rest of Europe? Similar infringements have taken place in neighbouring countries like Turkey and Russia, but the case of Hungary represents state intervention into higher education that has never been seen inside the EU. Alarmingly, the European commissioner for education, Tibor Navracsics – himself Hungarian and a member of the ruling Fidesz party – has been quoted as downplaying the gender studies case. According to him, it has nothing to do with academic freedom and university autonomy.

Hungarian and international academics think differently, and they have said so in an avalanche of letters sent to the Hungarian government. Here at the European University Association, we believe that these cases strongly confirm the trend towards increased state control that began with legal reforms in 2014, and which has already undermined institutional autonomy in Hungary’s universities.

The European Parliament will vote later this month on a resolution to determine if Hungary has breached the values on which the union is founded, but the European Commission needs to recognise the gravity of the situation and the potential domino effect it could trigger across the EU. Hungary’s show of power over knowledge is dangerous as populism gains ground in Europe. Academic freedom and autonomy are at stake, together with key European values like the safeguarding of civil and international rights to freedom of speech and association, and the protection of refugees. The Hungarian government should be mindful that this will damage the country’s international reputation and standing, with implications far beyond research and higher education. This is a wake-up call to citizens in Hungary, as well as other parts of the EU, to address their governments. What happens in Hungary concerns all of us. 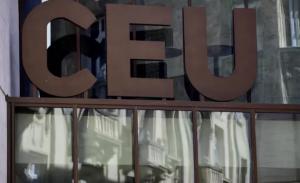 Read More
Written by Lesley Wilson,
Source link: https://www.theguardian.com/higher-education-network/2018/sep/06/state-control-over-academic-freedom-in-hungary-threatens-all-universities | https://www.theguardian.com/higher-education-network/2018/sep/06/state-control-over-academic-freedom-in-hungary-threatens-all-universities
Previous Next
Upnext in
Disclaimer UniAgents does not author any news or content in this section. We aggregate News Headlines, Summary, and Content from over 700 sources, explicitly listed in every article/page. Users can visit the sources for full articles and more local news. The sole aim is to aggregate education news from around the world so they can be categorised and the user can have a personalised experience. In some cases, the original article has news in native language but listing on UniAgents for each article is done in English. There are no copyright infringements, as we do not claim to produce any content mentioned on this page, all relevant sources are mentioned. For any clarifications, do not hesitate to contact us.