The new streamlined visa system, inspired by Australia’s points-based immigration system, will take effect from January 1, 2021, and will replace the Tier 1 and Tier 2 schemes. The cap on the numbers of skilled workers is being scrapped and a small number of highly skilled workers will be allowed to enter without a job offer.

The new single global system for workers will treat EU and non-EU citizens equally, replacing the “free movement” that has existed between the UK and the EU, allowing an unlimited number of EU citizens to live and work in the UK and vice versa, without the need for any visa. Freedom of movement ends when the transition period ends on December 31, 2020.

Skilled migrants will now require 70 points to be eligible to apply to enter the UK to work. The new route will open in Autumn 2020

A job offer with an employer, a minimum salary of £25,600 a year, the ability to speak English and an A-level qualification or equivalent will be mandatory under the new skilled worker route. Under the current Tier 2 system, skilled workers need a degree and a £30,000 minimum salary.

Points will be assigned for specific skills, qualifications, salaries or professions with the aim being to attract those from across the globe with the highest skills.

There will be no resident labour market test, skilled workers can be accompanied by dependents and they will be eligible to apply for indefinite leave to remain (permanent residency).

We’re ending free movement, taking back control of our borders and delivering on the people’s priorities by introducing a new UK points-based immigration system, which will bring overall migration numbers down,” home secretary Priti Patel said, launching the scheme on Wednesday.

We welcome the Home Office’s proposed new system, which rightly recognises that immigration to the UK should be based on skills, salaries and knowledge of the English language,” said Jim Bligh, chair of the Confederation of Indian Industry (CII)’s India Business Forum. “For business, it’s essential that the system retains flexibility for employers, particularly those bringing in highly-skilled workers on short-term assignments.

As per our members, the immigration rules are the biggest challenge a student from India faces when in the UK,” said Amit Tiwari, president of INSA (Indian National Student Association) UK. “This new proposal helps in levelling the field as a lot of Indian students want to put experience to their qualifications. The lowering of the salary threshold is a welcome move. 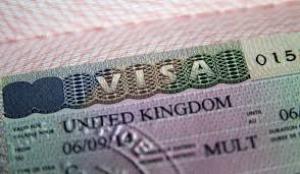 Read More
Written by NAOMI CANTON,
Source link: https://timesofindia.indiatimes.com/world/uk/indian-businesses-and-students-welcome-new-uk-points-based-immigration-system/articleshow/74215559.cms | https://timesofindia.indiatimes.com/world/uk/indian-businesses-and-students-welcome-new-uk-points-based-immigration-system/articleshow/74215559.cms
Previous Next
Upnext in
Disclaimer UniAgents does not author any news or content in this section. We aggregate News Headlines, Summary, and Content from over 700 sources, explicitly listed in every article/page. Users can visit the sources for full articles and more local news. The sole aim is to aggregate education news from around the world so they can be categorised and the user can have a personalised experience. In some cases, the original article has news in native language but listing on UniAgents for each article is done in English. There are no copyright infringements, as we do not claim to produce any content mentioned on this page, all relevant sources are mentioned. For any clarifications, do not hesitate to contact us.