Go Back to the List April 01, 2019
PhD studentâ€™s expulsion for research abroad challenged

The Centre for Justice in Stockholm, a body which defends legal cases for individual citizens in the Swedish courts, said in a press statement that it has taken on the defence of a PhD student against a decision by the Swedish Migration Agency to expel him on the grounds that some of his research for a United States-Swedish research project was not conducted in Sweden.
The expulsion decision against student Muhammad Irfan at the Karolinska Institute was upheld by the Migration Court but will now be taken to the Migration Court of Appeal in Stockholm.
The reason for the Migration Agency decision of 18 January 2018 (6 pages) was that Irfan, who had been granted a four-year position for doctoral studies in 2014, had spent some of the allocated time for his PhD studies at a research institution in the United States.

Fredrik Bergman at the Centre for Justice said that Swedish universities have for a long time protested against the Migration Agency’s expulsion of international doctoral students.

“The case of Muhammad Irfan is one of the most offensive we have seen. It is good that we now will get a ruling from the high court on the question of whether a PhD student can be expelled from Sweden because he or she has completed part of the research at a university in another country.”
When Muhammad Irfan started his PhD studies in medical science at the department for molecular medicine and surgery at the Karolinska Institute in Stockholm in 2014, he was part of a Swedish-US research project.
When he applied for an extension of his study permit as a PhD student, his application was rejected by the Migration Agency, which instead decided to expel him from Sweden. The reason given was that he had spent some of his research period at his US co-supervisor institution New York Medical College, for about one year during 2016 and 2017.

“The Migration Agency’s interpretation of the law is not only detrimental for Muhammad Irfan and the Karolinska Institute, but for all Swedish higher education institutions that are collaborating in research with institutions abroad,” docent Christina Bark, who is Irfan’s supervisor, said in the Centre for Justice press release.
Irfan told University World News that he started his PhD studies in September 2014 at Karolinska Institute, and, according to the study plan approved by the department, was due to defend his doctoral thesis during 2018.

“The rejection of my student residence permit application for the year 2017-18 resulted in significant delays towards achieving the goals of the study plan. The Migration Agency took eight months to process my visa renewal application and eventually rejected it. I appealed against the decision in the migration court, and it took an additional 10 months to get a refusal decision on my appeal as well.”

Not able to travel - Irfan said that during the time he was waiting for the visa renewal, he could not travel to the US to complete the research project and the studies were left incomplete so could not be published.

“A lot of resources were invested in planning, initiating and carrying out these studies in terms of research funding and time by personnel from the laboratories at both the Karolinska Institute and New York Medical College. “The outcome of this collaborative research effort was unfortunately not what we had anticipated, due to the unprecedented visa problem,” he said.
“This in turn has affected my professional career as a scientist, but also the research groups involved are affected, as not having fulfilled their commitments with the previous assignments has given them difficulties in raising additional funding.”

Robert Andersson, chief negotiator at the Swedish Association for University Teachers and Researchers (SULF), who has had several such cases of visa refusals prepared for appeals, told University World News that he thinks it is good that the case is now being taken to the highest court of appeal, since there is no clear decision on what rule applies when international doctoral students are spending time abroad.
President of the Swedish National Union of Students (SFS) Jacob Adamowicz told University World News: “If it wasn’t an embarrassing situation before, it obviously is now. At the same time the government is pushing internationalisation as one of the most important aspects of research and higher education, this is how governmental agencies handle PhD students. It is time for politicians not just to talk but also to act.”

Bergman of the Centre for Justice told University World News he thought it was wrong of the Migration Agency to “take such a long time to make a decision that it basically ruins the study plan of a gifted PhD student and threatens the whole research project”. 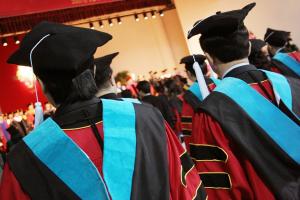 Read More
Written by Jan Petter Myklebust,
Source link: https://www.universityworldnews.com/post.php?story=20190401110730294
Previous Next
Upnext in
Disclaimer UniAgents does not author any news or content in this section. We aggregate News Headlines, Summary, and Content from over 700 sources, explicitly listed in every article/page. Users can visit the sources for full articles and more local news. The sole aim is to aggregate education news from around the world so they can be categorised and the user can have a personalised experience. In some cases, the original article has news in native language but listing on UniAgents for each article is done in English. There are no copyright infringements, as we do not claim to produce any content mentioned on this page, all relevant sources are mentioned. For any clarifications, do not hesitate to contact us.