Go Back to the List October 12, 2018
Tanzania to review agent licenses over allegations of double-dipping

Barely a year after it published new rules to guide operations of overseas recruitment agencies, the east African country of Tanzania is set to review licenses of the agencies over claims of malpractices.

The country’s prime minister Kassim Majalira, has ordered the ministry for Education, Science, Technology and Vocational Training to vet all overseas agents operating in the country “to verify their integrity”, accusing them of misconduct.

They are accused of engaging in malpractices including double-charging, a habit commonly known as “double-dipping’ for student placement, where they charge both the student and the institution where the learner is enrolled. Other misdeeds include charging high fees to families of students, not proportionate to the value of service being provided, according reports. Concerns were highlighted by Denis Mukama, president of the association of Tanzanian student studying in China, who also called for an official probe. “We request the government to conduct investigations into educational agencies that link students in Tanzania with higher learning institutions abroad as some of them are charging high fees for sub-standard services.” Recruitment agencies in Tanzania are regulated under the country’s Universities General Regulations 226 of 2013, which gives Tanzania Commission for Universities power to license agents, with a total of 26 such companies operating in the country, and which until December 2017 remained unregulated. “In Tanzania, the liberalisation of education and training has opened up new opportunities including the establishment of students’ overseas education recruitment agencies,” says the TCU in introducing the 2017 regulations. The regulations provide that any agency performing recruitment activities in the country must seek registration, and must submit credentials to the Commission for proof of capability to provide such activities, including having competent personnel, and information systems to support operations. “Any agency engaged in recruitment activities should clearly articulate and provide proof of sustainability of the business, and take into account other existing legislations, policies and development plans in Tanzania and thus advice students accordingly,”, the regulations say.

Agencies are also not allowed to collect tuition fees on behalf of the universities they represent, and students can only pay fees directly to the institutions, while it is mandatory for the agents to submit annual reports of their operations to the TCU. While speaking in Beijing, China in response to complaints by the country’s that the agents charged both the parties the student and university, PM Majalira said they will be probed to establish those that were out to “con” citizens. “Though these agencies help fellow Tanzanians access education opportunities abroad, they should be followed up to establish those that are out to con people,” he said. Those that charge huge fees for sub-standard services will also be weeded out the Prime Minister vowed, noting that some upright recruiters however offered a critical service of placing students to reputable universities abroad. Use of agents in seeking study opportunities abroad is becoming increasingly popular in Africa, with some countries such as Nigeria the continent’s most population, relying on agencies to place as many as 30 percent of its students in foreign universities. 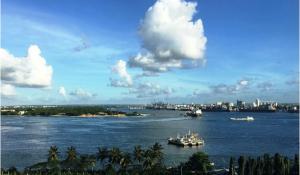 Read More
Written by Maina Waruru,
Source link: https://thepienews.com/news/tanzania-to-review-licenses-over-allegations-of-double-dipping/ | https://thepienews.com/news/tanzania-to-review-licenses-over-allegations-of-double-dipping/
Previous Next
Upnext in
Disclaimer UniAgents does not author any news or content in this section. We aggregate News Headlines, Summary, and Content from over 700 sources, explicitly listed in every article/page. Users can visit the sources for full articles and more local news. The sole aim is to aggregate education news from around the world so they can be categorised and the user can have a personalised experience. In some cases, the original article has news in native language but listing on UniAgents for each article is done in English. There are no copyright infringements, as we do not claim to produce any content mentioned on this page, all relevant sources are mentioned. For any clarifications, do not hesitate to contact us.