Go Back to the List April 16, 2020
Still in recovery mode, universities rise to new challenges

Somalia’s universities, slowly recovering from decades of civil war, are now having to resort to online teaching to ensure the continuation of teaching and learning in an age of COVID-19.

The Somalian government closed all schools and universities under its control for an initial 15 days on 19 March, hoping to slow the spread of the disease. On 1 April, this lockdown was extended indefinitely. As of 13 April, Somalia had 25 recorded cases of COVID-19.

While these precautions are of course sensible, Mahad Wasuge, a lecturer on decentralisation and local governance at the privately-owned Mogadishu University, said the disruptions are being felt across the entire education system.

“It’s not only the higher education sector that this pandemic has disrupted but the entire education system. This has a huge negative impact on the post-war reconstruction that the country has been [engaged in] with gusto.”

Wasuge, who is also the executive director of Mogadishu-based Somali Public Agenda, a public policy and administration research think tank, said a key problem is that national secondary school examinations had been scheduled for mid-April, but have now been cancelled because of the lockdown, which will impede university student selection for the next academic year.

Such problems may slow down Somalia’s emergence from decades of civil war that decimated its institutions, including tertiary education institutions, and left an estimated 2.6 million people displaced.

Until the virus hit, Somalia was undergoing significant reconstruction. “We were on a recovery path, but this pandemic will claw back gains we had made in the sector,” said Professor Abdullahi Barise, rector and founding president of the non-profit independent City University of Mogadishu (a separate institution from Mogadishu University).

He said all universities in Mogadishu and other regions had halted face-to-face teaching and were now exploring online instruction, something his institution undertook immediately.

Dahir Hassan, rector of SIMAD University, another private higher education institution based in Mogadishu, said his institution was developing remote teaching, research and management. Also, its researchers were continuing to work remotely and on-site, with some focusing on studies targeting ways to defeat COVID-19.

“Now that the government has extended the lockdown, some universities have resorted to online technologies for the resumption of teaching/learning, research and management activities,” he said.

His university senate has already authorised the creation of virtual lecture halls, accessible online, with classes being streamed from 4 April. SIMAD is using Google Meet, Google Classroom and Jamboard for teaching and learning, and it will use Zoom to stage management council meetings now that staff are working from home.

Hassan added that the Somali Research and Education Network (SomaliREN), a non-profit higher education support group, was helping other Somali universities such as Benadir University, City University of Mogadishu, Jamhuriya University of Science and Technology and Mogadishu University – all based in the capital – to move their lectures online.

“Soon all major universities will be... offering their classes online,” said Wasuge, with some working with SomaliREN and others exploring their own internet teaching solutions. SomaliREN tweeted on 24 March that it would use its recently deployed video-conferencing platform to help its 20 member universities, which include regional institutions outside Mogadishu.

Wasuge said Mogadishu University is starting to deliver classes using Zoom video-conferencing. “It is a good platform with a free 40 minutes per meeting and subscriptions for conferences. It’s good for teaching … [it is] easy to monitor which student is joining and you have control of the class,” Wasuge said.

Barise said such moves to online teaching were important as he predicted that many universities would remain closed for months as the fight against COVID-19 continues.

Adapting to a new reality

“Universities that fail to adapt to this new reality will suffer. Universities must start adopting online instruction,” he said.

He called on internet service providers to help them by waiving or reducing fees charged to students logging on at home, saying that students have complained that they are spending more on internet data. Smaller universities are also struggling with funding the costs of remote learning, he said.

Barise added that some students also lack smartphones or laptops to access these services.

Meanwhile, Somalia’s universities are also helping fight the spread of the virus across their country. Barise said his university has been actively raising awareness of the need for robust handwashing with soap and social distancing amid broader explanations to the public about the dangers of COVID-19.

“There are a lot of misconceptions about COVID-19 in Somalia. Using our online channels and students we are trying to dispel those misconceptions as we prepare for the worst,” Barise said.

Indeed, in addition to the institutional closures, public gatherings, including on beaches, have been banned by the government. “But there is not much social distancing going on in Somalia yet. There are very vulnerable internally displaced communities, particularly in Mogadishu. Social distancing is almost impossible in these communities,” he said.

Barise said Somalia’s healthcare institutions are not adequately prepared, lacking facilities, equipment and trained professionals. SIMAD University is assisting through its Dr Sumait Hospital in Mogadishu, which is offering advice to Somalis about the disease.

“Through our faculty of medicine, we are regularly engaging in public outreach campaigns aimed at raising awareness of the virus,” something that other Somali medical schools are undertaking, including through social media channels.

“But only the Ministry of Health has the authority to do tests. All other private medical facilities are instructed not to do tests or accept patients,” he said.

That said, Puntland State University, serving the northern autonomous state of Puntland, has started making hand sanitisers to be distributed across the region. Mahamud Hamid Mohamed, the institution’s vice-chancellor, said these are being produced by the university’s faculty of health and will be given to the public for free.

“Seeing the depletion of hand sanitiser, while what remains is getting more expensive by the day, we went back to the drawing board and asked if could make hand sanitisers. Luckily in our university, we had the raw materials and elements needed,” he told University World News. They are made of isopropyl alcohol, hydrogen peroxide, glycerol and still water under a formula recommended by the World Health Organization.

Finally, Somalia’s higher education sector is also aiding the international fight against the virus – with Somalia last month sending 20 medics from the Somali National University to help Italy in its fight against COVID-19. The two countries have historical ties, with Italy having once been a colonial power in the country.

He said the Somali team will also gain experience in dealing with the virus. “As members of the highly interconnected global community, all countries should help one another. They should share expertise and resources to face this indiscriminate pandemic effectively,” he said. 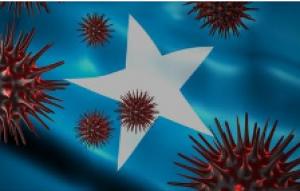 Read More
Written by Ramadhan Rajab,
Source link: https://www.universityworldnews.com/post.php?story=20200413133206595
Previous Next
Upnext in
Disclaimer UniAgents does not author any news or content in this section. We aggregate News Headlines, Summary, and Content from over 700 sources, explicitly listed in every article/page. Users can visit the sources for full articles and more local news. The sole aim is to aggregate education news from around the world so they can be categorised and the user can have a personalised experience. In some cases, the original article has news in native language but listing on UniAgents for each article is done in English. There are no copyright infringements, as we do not claim to produce any content mentioned on this page, all relevant sources are mentioned. For any clarifications, do not hesitate to contact us.