Go Back to the List February 27, 2020
Universities align courses with new school curriculum

A number of universities and institutions of higher learning in Uganda have started tweaking their programmes this year to include an element of skills acquisition after the Ministry of Education and Sports approved a more ‘competence-based’ curriculum for lower secondary education last October.

Public universities including Kyambogo and Busitema have developed new standards and will only design and teach new programmes that incorporate technical and practical education.

Makerere University's Dr Muhammad Kiggundu, director for communications and international relations, said it will continue to prioritise disciplines that are relevant to societal needs and can give students “options” after they complete university.

“We [universities] have been challenged [for producing semi-skilled graduates]. But it has really been hard to produce skilled gradates out of students who have been fed on theory their entire education,” said Waako in an interview with University World News.

The new and more hands-on lower secondary level curriculum can only make work for universities a lot easier, he said.

Waako said his university was experimenting with ways it can enhance its “practical programmes” because “we need to equip young people with relevant skills and competences so there is something they can do after they complete university”.

He said his institution was investing in ICT infrastructure to produce more graduates who could engage in the Fourth Industrial Revolution.

Vice-Chancellor of Kyambogo University Professor Eli Katunguka said his institution had told its staff to include skills and competence components in any new programme.

The university, Uganda’s second largest, is already prioritising fashion and design, leather technology and other hands-on and practical disciplines as well as traditional vocations such as education and architecture.

“Universities across Africa are being asked to train students in practical education,” said Katunguka. “The new lower secondary curriculum can only feed into this bigger agenda.”

The new curriculum has reduced examinable subjects at lower secondary from 32 to 20, retaining English language, mathematics, biology, chemistry, physics, physical education, geography and history, which are compulsory, as well as a number of vocational subjects.

The curriculum incorporates soft skills such as creativity, innovativeness and critical thinking and integrates ICT and other topics including climate change, animal welfare, reproductive health and financial literacy.

It has also adjusted learning hours. Classes begin at 8 am and conclude at 2.40 pm. Thereafter, from 2.40 pm to 4.30 pm, learners engage in teacher-supervised creativity and innovation sessions. Assessment is continuous and all learner activities (while in school) will contribute 20% to their final score.

“It promotes inquisitive minds that do not shy away from asking ‘why’ until they can get a grip on what they are supposed to learn, which in turn creates understanding and skills for a lifetime.”

“For the first time, the curriculum … provides a learner-centred education; and ensures that no child is left behind, including learners with special needs,” she said.

Not everyone is a fan of the new developments. At a press briefing last week, Vice-Chancellor of Kampala International University Dr Mouhamad Mpezamihigo said the ministry hurried the introduction of the new curriculum, and it could affect instruction.

“The entire education system is linked from bottom to top. It is important that all sections of the education system be analysed if there were going to be any reforms so that whatever changes at the lower levels [of our education system] would have significant positive impact at the upper levels,” he said.

Mpezamihigo called on the National Council for Higher Education and the Vice-chancellors’ Forum to have a debate, focusing on the future of university education in relation to what was happening at lower levels.

But Katunguka said the debate was unnecessary because universities had participated in drafting the new curriculum.

“The ministry [of education and sports] asked us [universities] to nominate two personnel each to the National Curriculum Development Centre team, which participated in drafting of the new curriculum,” Katunguka told University World News.

He said calls for debate and complaints that some universities are not ready were “excuses”.

Reiterating the old saying – A journey of a thousand miles starts with a single step – Waako said: “We have made the step. It is time to start moving now.” 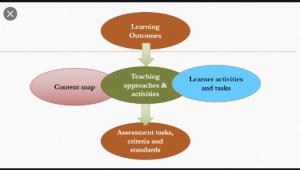 Read More
Written by John Agaba,
Source link: https://www.universityworldnews.com/post.php?story=20200226094449488 | https://www.google.com/search?q=Universities+align+courses+with+new+school+curriculum&tbm=isch&ved=2ahUKEwidkaKQsIjoAhWOw4UKHYhcDEIQ2-cCegQIABAA&oq=Universities+align+courses+with+new+school+curriculum&gs_l=img.3...0.0..46087...0.0..0.0.0.......0......gws
Previous Next
Upnext in
Disclaimer UniAgents does not author any news or content in this section. We aggregate News Headlines, Summary, and Content from over 700 sources, explicitly listed in every article/page. Users can visit the sources for full articles and more local news. The sole aim is to aggregate education news from around the world so they can be categorised and the user can have a personalised experience. In some cases, the original article has news in native language but listing on UniAgents for each article is done in English. There are no copyright infringements, as we do not claim to produce any content mentioned on this page, all relevant sources are mentioned. For any clarifications, do not hesitate to contact us.