Go Back to the List June 22, 2021
Australia expected to open borders for international students under new â€˜traffic lightâ€™ border system

- According to SkyNews, Australia could use a 'green light, red light' international border system to reopen educational institutions for international students. Under this 'traffic light' system, all vaccinated students who don't pose any health risk will be allowed into the country.

- Prime Minister of Australia, Scott Morrison, exclaimed recently that the country will be getting compatible vaccination recognition systems. Reportedly, this would be a crucial step in setting up travel bubbles potentially with Singapore, Japan, and South Korea.

- In May 2021, Finance Minister Simon Birmingham said Australians will not be able to travel abroad until later in 2022. He even stated that the international borders will likely remain shut till next year.

- In March, Australian Minister for Education and Youth Alan Tudge said he is hoping for international students to return to Australian universities by Semester 1 of 2022 after being vaccinated. He said, "There is still the opportunity to bring students back in small, phased pilots."

No rush to open the borders: Australia's Trade Minister

While the travel bubble is still at the early stages of discussion, reports suggest that international students could be prioritised when the border opens. Singaporean students are expected to be the first cohort to return to Australia.

Universities are pushing the Australian government to reopen borders

Being shut for more than a year due to the COVID-19 pandemic, Australian universities have now started pushing the government to reopen borders. The universities commenced a campaign to push state and federal governments to loosen restrictions. 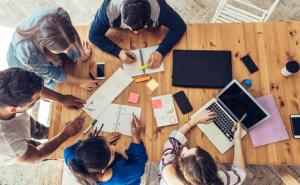 Read More
Written by indiatoday.in,
Source link: https://www.indiatoday.in/education-today/story/australia-expected-to-open-borders-for-international-students-under-new-traffic-light-border-system-1817914-2021-06-22
Previous Next
Upnext in
Disclaimer UniAgents does not author any news or content in this section. We aggregate News Headlines, Summary, and Content from over 700 sources, explicitly listed in every article/page. Users can visit the sources for full articles and more local news. The sole aim is to aggregate education news from around the world so they can be categorised and the user can have a personalised experience. In some cases, the original article has news in native language but listing on UniAgents for each article is done in English. There are no copyright infringements, as we do not claim to produce any content mentioned on this page, all relevant sources are mentioned. For any clarifications, do not hesitate to contact us.