Go Back to the List April 25, 2020
International student recruitment in a post-China world

What will international student recruitment look like in a ‘post-China’ world? Admittedly, for most university administrators, that is a hard-to-imagine scenario. It would be almost an understatement to say that Chinese students studying overseas has been the single most influential factor shaping the direction of international education since the beginning of this century.

While the study destinations that these students select vary, the vast majority of them have ventured to the United States, with smaller but still significant numbers going to other major English-language markets such as the United Kingdom, Australia and Canada. However, the ability to efficiently recruit large numbers of students has resulted in an institutional overreliance on a single country as a source for tuition revenue.

The economic transformation of the most populated country in the world – resulting in a middle class wealthy enough to afford an overseas education – has earmarked China as a gift that keeps on giving, at least from the perspective of recruitment directors at universities across the globe. That is, until now.

In Rethink China: The End of the Affair, the inaugural report from research consultancy Education Rethink, my colleague Jeremy Chan and I examined the long-awaited slowdown in numbers of Chinese outbound students and its impact on major English-language study destinations. While the flow continues to grow, the pace has slowed significantly due to an ageing demographic, a slower economy and improved domestic provision.

Interestingly, as this is occurring, we now see a divergence in the overall strategies of these host countries, with the United States and the United Kingdom continuing to depend heavily on Chinese students, while Canada and Australia take concrete steps toward diversification. We believe these differences may place the former two countries in an increasingly vulnerable position in what is becoming a very crowded and competitive space.

It is fair to say that there will never be another China, meaning a market with an ample youth population wielding the financial resources needed to pursue overseas study. So, weaning oneself off such an abundant source of students is challenging, as that means turning deliberately away from one country and approaching the many others that may have largely been ignored, in terms of a university’s resources and attention.

Without the steer of a united national strategy, this is a daunting task for individual institutions. This becomes apparent in our examination of host countries in the wake of slowing numbers of outbound Chinese students. If gauged in terms of cohesive policies regarding higher education, the four major English-language study destinations appear at various ends of the spectrum, with Canada as the most coordinated and the United States as the most decentralised.

A variety of variables contribute to those differences – for example, there are far fewer universities in Canada compared with the United States, so implementing a policy among a smaller group of higher education institutions is vastly easier. In addition, how education is aligned with industry needs, work rights and pathways to citizenship can also influence a country’s ability to nimbly pivot and focus on diversifying international student populations, as is the case largely with Canada as well.

In addition, because the mild but continued growth in numbers of outbound Chinese students is not necessarily reflected in equally increasing numbers headed to these four host countries, one can conclude that more Chinese students are opting for less expensive, non-traditional study destinations such as Japan, perceived to be more welcoming and safer, as well as closer to their home.

In fact, international students as a whole are becoming more interested in gaining a tangible return on their tuition investment, which can often be measured in their ability to secure employment after graduation. Achieving that goal might not necessarily entail paying high university tuition fees in a Western country.

India and ‘the rest of the world’

Of course, India is a market of great interest to all four English-language host destinations due to its size – in fact, the country’s population is forecast by the United Nations to exceed China’s by 2027. However, India will not be the next China: its middle class is not as developed and the market is more fragmented, with young people in the south perceived as interested in STEM-related fields, while those in the more northern regions opt more for business programmes.

Universities interested in recruiting Indian students need to develop tailored strategies for different regions in India, rather than relying on a one-size-fits-all approach. So even as more attention turns to this South Asian country, converting growing interest into enrolments may take a while.

There is, too, what is broadly labelled as “the rest of the world”, meaning countries that are neither China nor India. These do not promise the scale that China does and the strategies would need to be even more tailored than for India. Generally, for students from some East Asian and European countries, credit transfer can be a challenge and students from countries in Latin America can struggle with English and cost.

Africa as a region holds great promise due to its tremendous youth population, but government corruption and lack of financial resources are formidable obstacles to recruiting students from there.

So where does this leave international higher education in a post-China world? Well, just as we are considering this prospect, the landscape has become destabilised due to geopolitical volatility and COVID-19, with the unpredictability of these forces having the potential to override the keenest and most well-planned of strategies.

Will international students, regardless of origin, opt out of a post-Brexit United Kingdom, or will they still be drawn by post-study work rights? How will political and social unrest in Hong Kong influence outbound student mobility there? How will the upcoming presidential election impact the lure of coming to the United States? After recent fires in Australia, could climate change become a weighty factor when students select where to study?

And what long-term impact could COVID-19 and the political fall-out from it have?

In short, yes, in a post-China world, diversification is the key to sustainability, whether it be an individual university’s recruitment strategy or the broader policy of a host country. However, considering the number of factors that the market is currently contemplating, it is hard to say that that will be the sole focal point.

In today’s complex and nuanced environment, the only certainty is that students are looking for value and return on their tuition investment. If we focus on these young people and our ability to enable them to achieve their goals, that is undeniably a strategy that will pay off, for the long-term, for everyone.

Anna Esaki-Smith is the cofounder and managing director of Education Rethink. E-mail: anna@education-rethink.com. This article was first published in the Spring edition of International Higher Education. 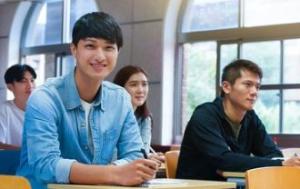 Read More
Written by Anna Esaki-Smith,
Source link: https://www.universityworldnews.com/post.php?story=20200422154708599
Previous Next
Upnext in
Disclaimer UniAgents does not author any news or content in this section. We aggregate News Headlines, Summary, and Content from over 700 sources, explicitly listed in every article/page. Users can visit the sources for full articles and more local news. The sole aim is to aggregate education news from around the world so they can be categorised and the user can have a personalised experience. In some cases, the original article has news in native language but listing on UniAgents for each article is done in English. There are no copyright infringements, as we do not claim to produce any content mentioned on this page, all relevant sources are mentioned. For any clarifications, do not hesitate to contact us.