The declaration, according to the former football star, was to make Liberia an example to other African nations on the continent, reports local media The African Exponent.

This announcement comes as a surprise because it follows a fee-hike protest by the students of the University of Liberia who had recently met with the president at his Foreign Affairs Offices where they complained about the 2018/2019 academic year’s fees. Students were paying US$4 (L$400) per credit hour last semester but the amount has been increased to L$600 per credit hour this semester, reports Front Page Africa. The students led by Flomo Mao Maiwo said the decision by the university was not in the interest of the students. The report added that the students had also complained about a contravention of the university’s policy which states that the decision to increase fees should not be unilateral, but should meet the approval of the UL Board of Trustees, the Faculty Board, Students leadership and the President of Liberia. The president summoned the university’s leadership last week after meeting the students and he subsequently announced the visit to the school. The school authorities had explained on Tuesday that it was not a fee hike but rather an exchange rate issue as they billed the students using the U.S. dollars. “In fact, our rate is better and all the way below the Central Bank of Liberia’s (CBL) approved rate. Our tuition is still US$4 per credit hour. It’s just that these students, who are complaining do not understand how the adjustment is done, convert US$4 to the current rate you will observe that we have not hike fees,” the University of Liberia’s Vice President for Public Relations, Norris Tweah told Front Page Africa. The University of Liberia recorded a low student enrollment this semester with only about 11,000 registered students out of approximately 20,000 as a result of the hike in fees. President Weah’s declaration comes in the absence of the University of Liberia President Dr Ophelia Weeks who is reportedly in Kenya for a major education summit. Details of the new tuition-free policy and source of funding have not been disclosed by the Liberian government. If implemented, it will be the first of such policies in sub-Saharan Africa. The other public universities in the country are Booker Washington Institute, Louis Arthur Grimes School of Law and the William V.S. Tubman University. 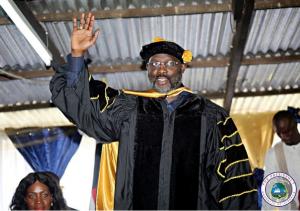 Read More
Written by ISMAIL AKWEI,
Source link: https://face2faceafrica.com/article/george-weah-declares-public-universities-in-liberia-tuition-free-after-fee-hike-protest | https://face2faceafrica.com/article/george-weah-declares-public-universities-in-liberia-tuition-free-after-fee-hike-protest
Previous Next
Upnext in
Disclaimer UniAgents does not author any news or content in this section. We aggregate News Headlines, Summary, and Content from over 700 sources, explicitly listed in every article/page. Users can visit the sources for full articles and more local news. The sole aim is to aggregate education news from around the world so they can be categorised and the user can have a personalised experience. In some cases, the original article has news in native language but listing on UniAgents for each article is done in English. There are no copyright infringements, as we do not claim to produce any content mentioned on this page, all relevant sources are mentioned. For any clarifications, do not hesitate to contact us.