Go Back to the List February 21, 2019
Destitute students abroad struggle to stay within the law

In a warning to parents against sending their children abroad without adequate financial resources, the Ministry of Foreign Affairs said many Zimbabwean nationals were being arrested, imprisoned and detained in foreign countries for crimes ranging from being in the country illegally to vandalism and illegal employment.

“Among them are some Zimbabwean students studying abroad who would have been expelled, arrested and deported after failing to pay for their tuition on time,” the ministry said in a statement last week.

The ministry said most universities facilitated the issuing of student visas based on the period covered by the tuition, but in some cases students were seeking enrolment while being ignorant of what their living expenses would be.

“Often they assume that life in those countries is very cheap and that they can easily find well-paying part-time jobs. When they find that not to be the case, they often undertake illegal activities to supplement their income and then end up being detained and deported.”

Most students studying abroad are facing challenges in paying tuition and accommodation due to the economic meltdown in Zimbabwe. Their parents have failed to access the requisite foreign currency to enable them to meet their children’s education needs on time, said the Ministry of Foreign Affairs.

This has resulted in some students being expelled from universities, having their student visas revoked and subsequently being detained and deported.

No figures concerning the number of students affected were immediately forthcoming from the government. An official with the ministry, who cannot be named because officials are not authorised to speak with press and who asked for anonymity, said most of the affected students were in China but also included some in Russia, Cyprus and Algeria.

While the government chose to caution parents against sending their children to study abroad without adequate foreign currency, it made no mention of the fact that it was similarly failing to pay fees and stipends for students under its scholarship programme, according to a recent local press report.

Students on government scholarship in Russia complained this week that they were living in dire straits as the government has failed to pay their stipend. Their scholarships include tuition, which is covered by the Russian government, but they require the stipends to renew their visas, pay for accommodation, transport, compulsory medical insurance and food.

“We recently started a new semester without money. We haven’t paid rentals and compulsory medical insurance. There’s no food to eat and warm shoes for this winter,” said one of the students via Twitter.

University World News tried to reach out to students active on Twitter but none responded.

“Life in Russia is extremely expensive. We started a new semester and we need money for registration, hostel fees, medicals and visas and to cover arrears for previous semester [sic] that we started without money,” the student said.

Some students alleged that female students were resorting to prostitution to obtain money for food and many had stopped their studies because the situation was unbearable. Many young men were working in nightclubs to make ends meet.

“As a Zimbabwean student studying in Russia, every day I have to choose whether to skip crucial lessons and go to work or sit in class with an empty stomach. Every day, I face humiliation at the hands of the school authorities for unpaid rent. I wonder how I will be able to pay hospital bills if I get sick because I can’t afford medical aid,” said one student.

“Our government has completely abandoned its responsibilities,” said another student.

The students said they were last paid in November 2018 and some of them have arrears dating back over five years.

“We have exhausted all the official channels that we were told to use. We don’t know what to do. For many of us our visas are expiring soon, and if we fail to renew them, we get deported back home. We do not have parents who can support us financially,” another student said. 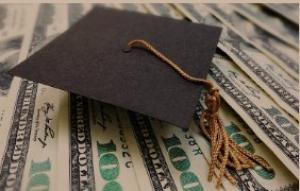 Read More
Written by Tonderayi Mukeredzi,
Source link: https://www.universityworldnews.com/post.php?story=20190219112248653
Previous Next
Upnext in
Disclaimer UniAgents does not author any news or content in this section. We aggregate News Headlines, Summary, and Content from over 700 sources, explicitly listed in every article/page. Users can visit the sources for full articles and more local news. The sole aim is to aggregate education news from around the world so they can be categorised and the user can have a personalised experience. In some cases, the original article has news in native language but listing on UniAgents for each article is done in English. There are no copyright infringements, as we do not claim to produce any content mentioned on this page, all relevant sources are mentioned. For any clarifications, do not hesitate to contact us.