Go Back to the List November 21, 2018
Non-EU international students to pay much higher fees

The French government is proposing to charge higher fees to foreign students from outside the European Union from the next university year, Prime Minister Edouard Philippe has announced. At present these students pay the same fees as French and EU students.

All students studying in a French university pay €170 (US$194) a year for a licence, the three-year first diploma equivalent to a bachelor degree. For a masters they pay €243 and for a doctorate €380. But in future a non-EU foreign student could be charged €2,770 (US$3,150) a year for a licence and €3,770 for the two more advanced degree courses.

Philippe made the announcement at the opening this week of the Rencontres Universitaires de la Francophonie, an annual conference organised by Campus France, the government agency that promotes French higher education internationally.

He was unveiling ‘Choose France’, the government’s strategy to attract 500,000 international students by 2027, compared with 324,000 studying in France at present.

France is the fourth most popular destination for international students globally, after the United States, United Kingdom and Australia.

According to Campus France, 45% of foreign students in France are from Africa, 19% from the European Union, 16% from Asia and Oceania, 9% from America and 4% from the Middle East. More than 70% are studying at a university, the remainder at grandes écoles or engineering schools.

The logic behind the increase is to invest more to improve facilities and conditions for foreign students. Measures will include developing courses in French as a foreign language and in English, and simplifying bureaucracy such as obtaining student visas and renewal of residence permits, currently notoriously difficult procedures.

At the same time, the bursaries system will be reformed, with universities allocating 6,000 grants as financial aid, and 15,000 – instead of the 7,000 at present – being awarded by the ministry of Europe and foreign affairs, mostly for students from North and Sub-Saharan Africa.

The majority students’ union, the Fédération des Associations Générales Étudiantes (FAGE), called on the government not to introduce the increase, saying that the most insecure students would be hit hardest.

The Conférence des Présidents d’Université (CPU) welcomed the measures to promote the attractiveness of French universities and the government’s wish to reduce bureaucracy, but said the fees increase “constitutes a change of paradigm in French policy, all the effects of which it is difficult at this stage to appreciate”.

“Given the number of students concerned who are from countries subjected to political, economic or social difficulties, it would be damaging if deserving students with potential to succeed found the doors to French higher education and research closed.”

The CPU said the measures and new resources must enable universities to improve the services they provide for foreign students, but they “must not provide a pretext to reduce the funds allocated to universities on the grounds that they were benefiting from new resources”.

Low fees are ‘not the problem’

But FAGE said that although the government had raised concern that international students found France insufficiently attractive – numbers decreased by 8.8% between 2010 and 2015 – low fees were not the problem. Rather it was the “complexity of obtaining visas, administrative formalities to enter and stay in France” and “flagrant lack of support for international students”.

FAGE pointed out that “investment in higher education paid” and that, according to Campus France, “if international students cost the state €3 billion, they contribute €4.65 billion to the national economy”.

Students should not have to contribute to the state’s underfunding of higher education, said FAGE.

“Why primarily target international students, who represent 67% of the beneficiaries of the AGORAé – our [government-subsidised] social, fair-trade shops – [and] whose disposable income is less than €7.50?”

They should have the same rights, and even more support, to study in France, said FAGE.

Both Philippe and Fréderique Vidal, minister for higher education, research and innovation, later denied the government was planning a substantial fee increase for French and European students at masters level and above, as a report from the Cour des Comptes, France’s National Audit Office, leaked to Le Monde had recommended.

“It has never been a question, and it is not a question that they [fees] will be increased for all students,” said Vidal. “The [leaked] report … has not been submitted to the government and was not commissioned by the government. We will not carry out this increase.”

Philippe told the National Assembly during question time that “it is neither in the plans of the higher education minister, nor those of the government, to introduce this increase for French and European students”. 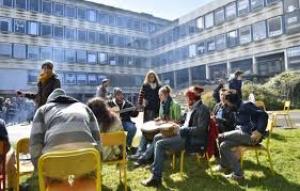 Read More
Written by Jane Marshall,
Source link: http://www.universityworldnews.com/article.php?story=20181121165102645
Previous Next
Upnext in
Disclaimer UniAgents does not author any news or content in this section. We aggregate News Headlines, Summary, and Content from over 700 sources, explicitly listed in every article/page. Users can visit the sources for full articles and more local news. The sole aim is to aggregate education news from around the world so they can be categorised and the user can have a personalised experience. In some cases, the original article has news in native language but listing on UniAgents for each article is done in English. There are no copyright infringements, as we do not claim to produce any content mentioned on this page, all relevant sources are mentioned. For any clarifications, do not hesitate to contact us.